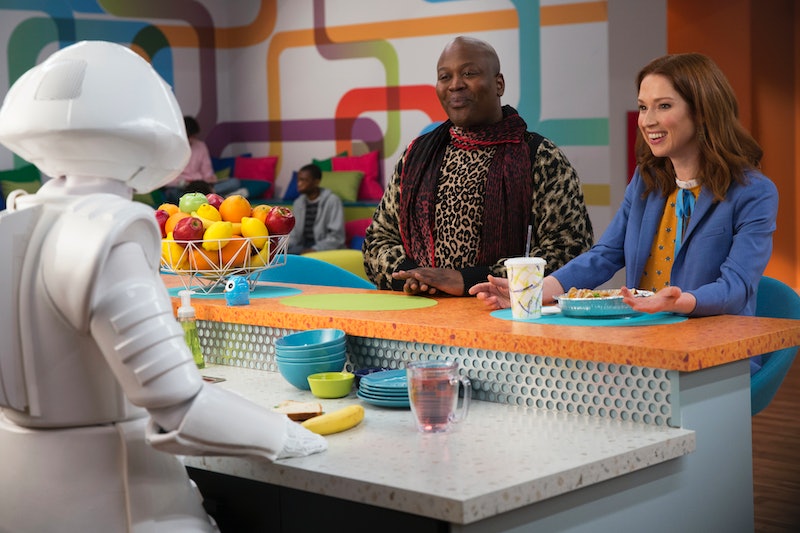 The titular Kimmy started out in New York City after being freed from 15 years in underground captivity at the hands of Reverend Richard Wayne Gary Wayne, aka Methuzalophsteron, aka DJ Slizzard. From there, she found Lillian, her landlord; Titus Andromedon, her roommate; and Jacqueline White, her friend and onetime boss. She also found a level of autonomy she'd never had before. Reverend Wayne kidnapped Kimmy when she was only a teen, so when she was rescued, she was thrust into a modern, adult world that she didn't know how to navigate on her own. Unbreakable Kimmy Schmidt is kooky and funny, yeah, but it also beautifully tackled Kimmy's growing assurance of herself and the life that she really wants.

Per Deadline, Netflix announced the end of Unbreakable Kimmy Schmidt in May 2018 shortly before the first six episodes of Season 4 were released. The second half of Season 4 was pushed to 2019 because, co-showrunner Robert Carlock told The Hollywood Reporter, Netflix wanted ample time to promote the show's final episodes. "Netflix has been very generous with the marketing for us," he said, "And I think they want to be able to launch it properly and, with everything they have going right now, it's just our feeling that it will take them a little while to find the space and time to do that." Carlock also said that the dream of having an Unbreakable Kimmy Schmidt movie to tie things up was definitely a real possibility.

The first half of Unbreakable Kimmy Schmidt Season 4 ended with the realization that Kimmy and her friends were being targeted by… something. According to another interview Carlock did with The Hollywood Reporter, this mystery assailant will be explained pretty quickly in the new episodes, and Kimmy’s journey through the #MeToo movement will be a prime focus. "I think the larger message is can Kimmy succeed in what she's trying to do, which is be a better person herself but not give up on the people around her," Carlock said. "Of course, the sphere of the people around her, what that means, grows and grows and grows — is that impossible to hold onto?"

One thing is for sure — viewers will see just how far Kimmy has come from her days in the bunker, and with any luck, all of Kimmy's friends will get their happy ending, too — hopefully with some "Peeno Noir" on the side and some surprising guest stars to boot.