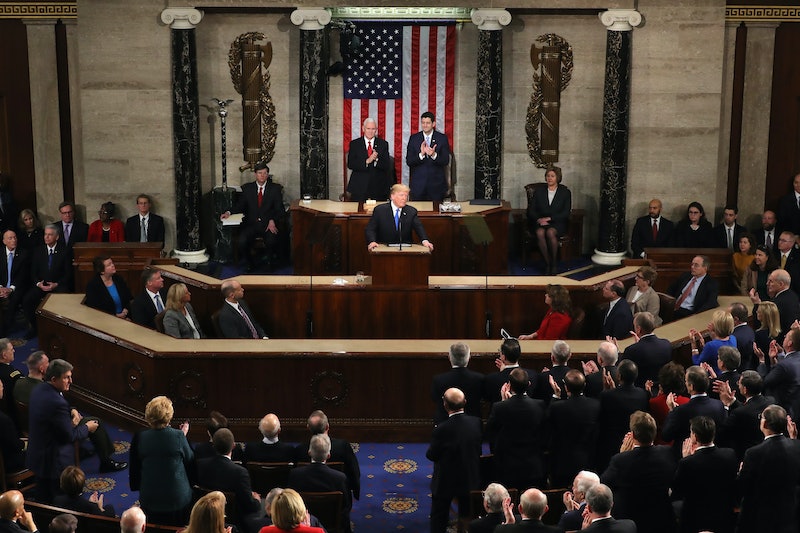 If you're not a member of Congress, you probably haven't had the opportunity to attend a State of the Union address. Because space is limited, officials other than the Speaker of the House and the president only get one guest. However, an undocumented immigrant who worked at the Trump National Golf Club was invited to this year's State of the Union by Rep. Bonnie Watson Coleman (D-New Jersey).

The Washington Post reported on Wednesday that Watson Coleman, the congresswoman for her district, had extended an invitation to President Donald Trump's State of the Union address, which is scheduled to take place next Tuesday.

“I’m not scared to show my face,” Morales told The Times. “I am not speaking for me. I’m speaking on behalf of millions of undocumented immigrants who live in the United States.”

“Immigrants by and large are hardworking, trustworthy and skilled people who simply want to work and build better lives here,” Watson Coleman said in a statement posted on Twitter. “For years these kinds of people were loyal and dedicated enough to be Trump Organization employees."

In mid-January, during the height of the partial government shutdown over immigration, about a dozen undocumented employees were fired from the Trump National Golf Club in Westchester County, New York, as The Washington Post reported. They were given no other reason besides the fact that they were undocumented. Numerous employees were also let go from the Trump National Golf Club in Bedminster, where Morales worked, although her lawyer told The Times that Morales herself never received official notice that she had been fired.

"I hope that in his State of the Union address, Donald Trump will finally acknowledge the real face of immigrants in this country — women and children fleeing violence," Watson Coleman's statement continued. "Law-abiding, taxpaying people who would do almost anything to be Americans. And if he can’t, I’ve invited Victorina so that he may look her in her eyes to tell his lies to a familiar face.”

On Tuesday, Eric Trump issued a statement on behalf of the Trump Organization, saying it would begin using the E-Verify process to check the immigration status of all potential employees, according to The Washington Post.

“I must say, for me personally, this whole thing is truly heartbreaking,” Trump said, according to The Post. “Our employees are like family, but when presented with fake documents, an employer has little choice.”

President Trump, however, has not stopped his hurtful rhetoric directed towards undocumented immigrants. In a Thursday morning tweet, he referred to an "attempted Invasion of Illegals, through large Caravans, into our Country." Because of Watson Coleman, there will be at least one undocumented immigrant in attendance at the State of the Union to directly witness whatever he has to say on the subject.