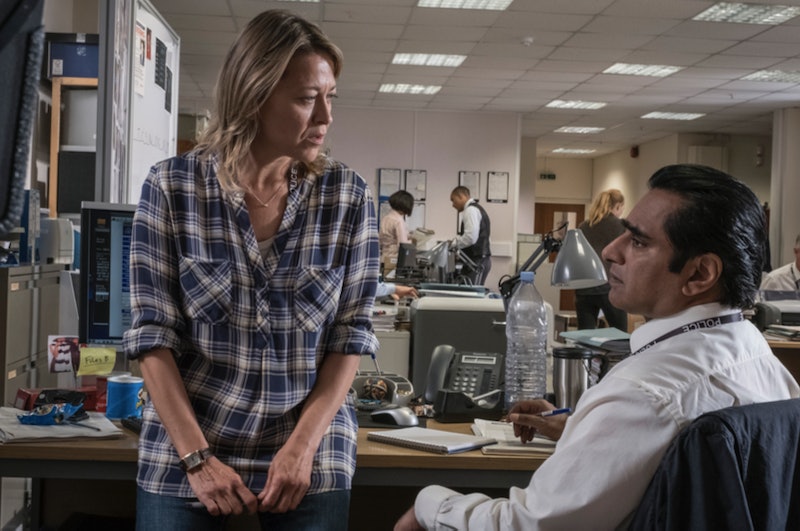 It's been a long year and a half for fans of ITV crime drama Unforgotten — the second series concluded with one hell of a finale in February 2017, and there's been not a peep from DCI Cassie Stuart and DI Sunil 'Sunny' Khan ever since. Until now, that is: ITV have finally released a trailer for the third series of the show, premiering on July 15, and the latest iteration looks to be every bit as tense, twisty, and thought-provoking as the last. In short: there's a whole bunch of questions raised by the Unforgotten season three trailer.

Since it's been so unacceptably long since the show last aired, let's take a spoiler-laden look back over the first two series. Starring Nicola Walker as Cassie and Sanjeev Bhaskar as Sunny, the show first dealt with a cold case dating from 1976, as the Radio Times reports — the murder of Jimmy Sullivan, whose killer took the viewing nation (mostly) by surprise. In the second series, the investigation into the murder of David Walker revealed a Strangers on a Train style arrangement between abuse victims, the Guardian recaps. This time, it's a schoolgirl, Hayley Reid, whose once cold case is re-investigated, after she disappeared on New Years' Eve 1999. Unsurprisingly, the minute long trailer does little but tease us; read on to discover the burning questions viewers want answering.