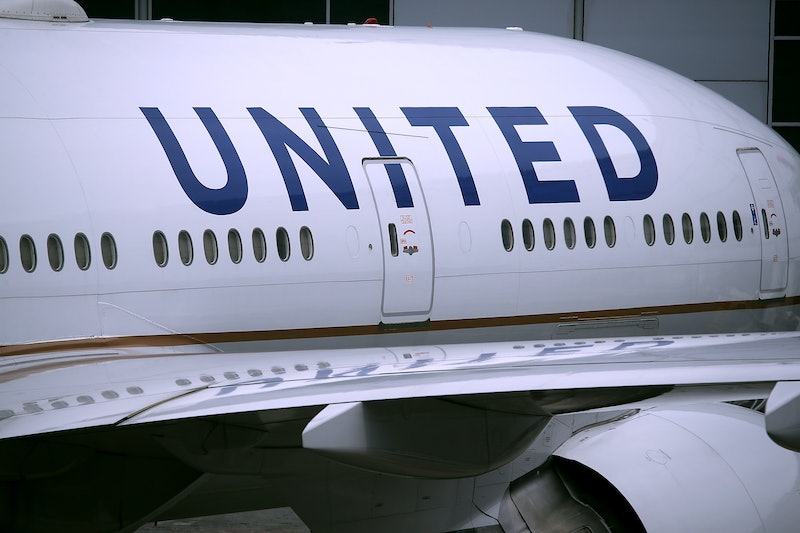 Flying just got a little friendlier now that United Airlines will offer nonbinary booking options when you reserve with them, the company announced in a news release. Nonbinary passengers can now select the title Mx. and can select from M (male), F (female), U (undisclosed), or X (unspecified) to correspond with whatever is on their passports or IDs, according to the news release. United officials said in the news release that they’re determined to “lead the industry in LGBT inclusivity.”

“We are so proud to be the first U.S. airline to offer these inclusive booking options for our customers," Toby Enqvist, chief customer officer for United Airlines, said in the news release. "United is excited to share with our customers, whether they identify along the binary of male or female or not, that we are taking the steps to exhibit our care for them while also providing additional employee training to make us even more welcoming for all customers and employees."

United worked with the LGBTQ advocacy groups Human Rights Campaign and The Trevor Project to create training initiatives that teach their employees about using correct pronouns, gender norms, and LGBTQ competency in the workplace, according to the news release. The airline says the training is an important step in making United an inclusive space for both employees and customers.

"We believe being acknowledged as the gender you identify with is part of treating everyone with dignity and respect," Beck Bailey, acting director of the Workplace Equality Program for the Human Rights Campaign, said in the news release. "By providing nonbinary gender selection for ticketing and the gender-inclusive honorific 'Mx' in user profiles, United Airlines is taking an important step forward for nonbinary inclusion."

Back in February 2019, several major U.S. airlines, including American, Delta, United, Southwest, Alaska, and JetBlue, announced they’d be making their ticketing systems gender neutral, NBC News reported, but United is the first out of the gate to make it happen. Delta, Alaska Airlines, and Southwest Airlines are also planning on offering gender neutral booking options, but USA Today reports that timelines for this change are not currently available.

These changes will allow airlines to comply with new standards recently approved by U.S. and international trade groups, NBC News said, which say passengers can use IDs with nonbinary gender identifiers starting June 1, 2019. Passengers’ information must match what’s on the IDs they use to travel, so for the airlines to update their booking systems means they’re ensuring passengers’ information matches across all their travel materials, NBC News reports.

But this isn’t just about making sure people’s IDs match their boarding passes. Not only is using people’s correct pronouns just the right thing to do, it contributes to better mental health outcomes for transgender, nonbinary, and gender nonconforming people. A 2018 study published in the Journal of Adolescent Health found that using the chosen name of a transgender or gender nonconforming person results in lower rates of depression and suicide. And a 2016 study published in the journal Pediatrics found that transgender children who are supported in their gender identities also experience lower rates of depression.

The Trevor Project CEO and executive director Amit Paley said in the news release that “The Trevor Project is grateful for United Airlines' support of our life-saving work on behalf of LGBTQ youth.” Adding more inclusive gender options to flight-booking options might not seem like a big deal, but for some people, it truly can be life-saving.