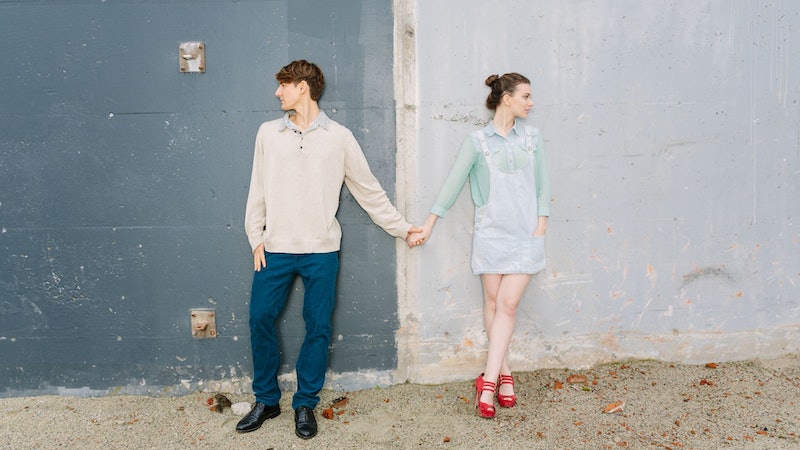 Have you ever wondered what the recipe for happiness is? Getting that big promotion at work can feel pretty good. Fairy tales taught us that as soon as you the one you ride off into the sunset and live happily ever after. Maybe starting a family is your goal. However, if not, or if you still have relatives coming up to you at family events, poking you in the ribs, and asking you why you haven’t settled down yet, it might not be such a bad thing after all. Because according a one happiness expert, unmarried, childless women are the happiest demographic in the population.

According to Paul Dolan, a professor of behavioural science at the London School of Economics, unmarried women who don’t have children are happier and healthier than their married peers. However, it really isn't as clear cut as all that. Happiness simply isn't a one-size-fits-all deal.

During a talk at the Hay Festival, Dolan argued that the traditional milestones that we often look to as a mark of a successful or accomplished life, such as marriage or children, didn’t always equate to happiness. He said, “the healthiest and happiest population subgroup are women who never married or had children.”

The Independent reports that Dolan said, “we do have some good longitudinal data following the same people over time, but I am going to do a massive disservice to that academic science and just say: if you are a man, you should probably get married; if you are a woman, don’t bother.” Dolan is the author of the bestselling book, Happiness by Design. Throughout his work he cites findings from the American Time Use Survey. The research questioned married, unmarried, divorced, separated, and widowed individuals on their levels of happiness.

While Dolan found that unmarried, childless women benefited from being this way it's far too simplistic to say that they are the only happy demographic. Married people were also found to be pretty happy with their lives. However, according to Dolan that came with conditions. Glamour reports Dolan said, “married people are happier than other population subgroups, but only when their spouse is in the room when they are asked how happy they are. When the spouse is not present: f***ing miserable.”

Dolan asserted that marriage benefits men because it leads them to “calm down.” He argued that once men are married, “you take less risks, you earn more money at work, and you live a little longer. She, on the other hand, has to put up with that, and she dies sooner than if she never married.” That seems a little archaic to me. Women’s primary role is no longer seen in the home and many women continue to work after getting married and having children. To present women after marriage as simply begrudging wives is pretty sexist.

However, Dolan did highlight that pressures for people to find a partner, settle down, and have children may lead to unnecessary stress or unhappiness.

There is no right or wrong way to living a happy life. People shouldn’t be shamed for wanting to put a ring on it and start having children. At the same time, if you don’t want that you shouldn’t be asked about your future family plans every time you see distant relatives. It's about doing what makes you happy and giving societal expectations the swerve.