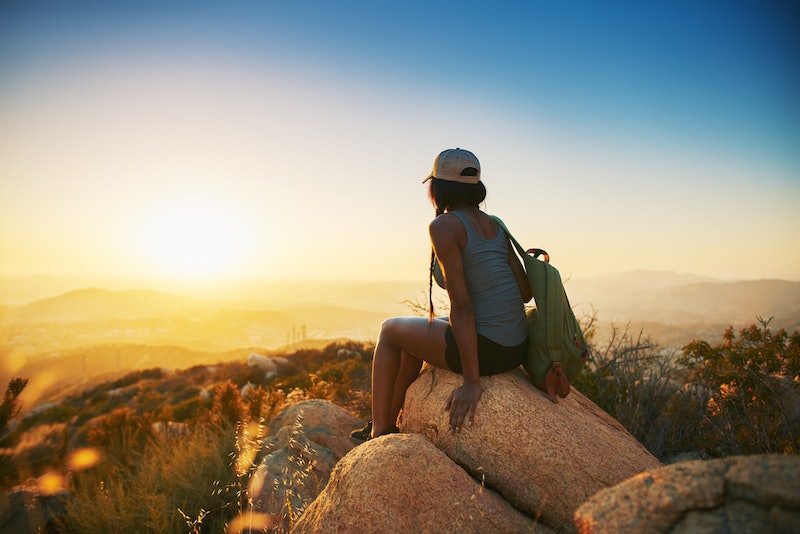 When deciding whether or not to get married or have kids, people look at a wide variety of factors, like financial and emotional readiness. Others feel that there might be serious health risks involved with having kids. And some feel that staying unmarried or not having kids will simply make them happier.

Research shows that there's some merit to that last one. Women who are unmarried and without children may be happier and even live longer than married women with children. The Guardian reports that in his book Happy Ever After, behavioral scientist Paul Dolan uses evidence from the American Time Use Survey (ATUS), to show why these women might be the happiest and healthiest subgroup around. In particular, his research shows that for middle-aged women, being married can put their health at risk.

Despite this benefit, Dolan said that social norms that paint marriage and children as the epitome of a woman's success could make those without spouses or children feel unhappy. He also pointed out that marriage, generally, is much more beneficial for men, saying that "If you’re a man, you should probably get married; if you’re a woman, don’t bother.”

This may not come as a surprise to many; we’re well aware of certain dynamics that make marriage and parenthood harder for women in different gender relationships. Women and non-binary people are often expected to do more domestic and emotional work than their male-identified partners.

That's one reason, of many, that people chafe at those gender roles. Lily, who's 20 years old and identifies as lesbian, tells Bustle that her identity "impacts how I see my domestic future because I know that gender dynamics are going to be more equal in my future household." She continues, "I like knowing that there are more options for me in terms of having kids. I didn’t really want to have kids until I realized that I would be having kids with another woman."

However, when women decide to remain unmarried or not to have children, they’re often judged harshly. Sometimes, people pity them, assuming that they are pensively longing for these things, when that couldn't be further from the truth. For most of the people Bustle spoke to for this piece, they could be happy either way. Natahlia, 30, tells Bustle, "I don't rely on a spouse or on children for my happiness. But I think I could be just as happy with a spouse or with children, though of course it would need to be the kind of person that I could mesh with."

The reality is that so many people choose not to get married or have kids because it genuinely makes them happy. Bustle talked to eight women and non-binary folks to see why they choose to remain unmarried or without children, and how they find it affects their happiness now.