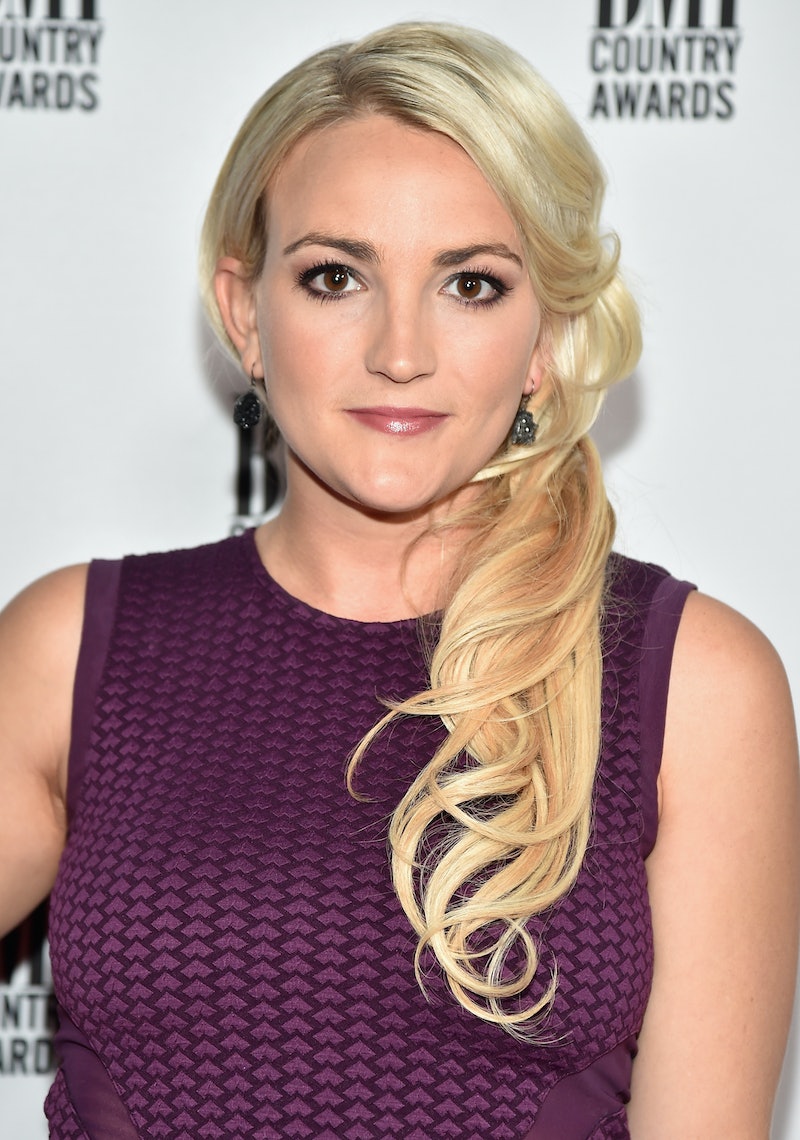 According to a report from People published Monday, Jamie Lynn Spears' daughter is in "stable, but critical condition" at a hospital nearby her home following an ATV accident that took place Sunday. Per a statement obtained by People from Tangipahoa Parish Sheriff Daniel Edwards, the accident did not happen during a hunting trip, despite previous reports, but supposedly happened in front of Spears and her husband, Maddie's step-father, Jamie Watson, on the family's property. Bustle has reached out to the Tangipahoa Police Department for comment, but did not receive an immediate response.

People reports that the police report says Maddie tried to avoid going over a drainage ditch, which then caused her accident. "In doing so, she overcorrected causing the ATV to enter the pond," People says the report states. "The ATV and child were instantly submerged in the water right before their eyes." The police report also reportedly says,

Within seconds the child’s mother, step-father, and other family members reached the pond, dove in and attempted to rescue the child to no avail. The child was trapped and secured by the seatbelt and the ATV’s safety netting. Within two minutes, Acadian Ambulance Services arrived and assisted in freeing the child from the cold waters.

According to People, the police report says, "This is an extremely tragic accident. The Tangipahoa Parish Sheriff’s Office is asking you to keep this family in your constant prayers as they try to cope with this horrible incident. We ask that you respect their privacy during this time of need."

On Monday, TMZ also reported that sources reportedly "connected" to the Spears family said Maddie is in critical but stable condition. Per TMZ, Maddie was reportedly unconscious after her accident and transported to a local hospital. From there, TMZ reports she was then airlifted to a hospital in New Orleans. TMZ's sources also reportedly claim Maddie "was seriously injured, but doctors say she's critical but stable."

Spears herself has yet to comment or release any statement regarding her daughter, but her father, Jamie Spears, spoke to Entertainment Tonight Sunday and said, "All I can say is pray for our baby Maddie."

A rep for her sister, Britney Spears, also released a statement to ET reading,

The details the media are reporting surrounding the incident regarding Jamie Lynn's daughter Maddie are incorrect. Right now the Spears family asks that everyone respect their privacy during this time and appreciates all the prayers and support for their family.

Bustle has reached out to a rep for Jamie Lynn Spears but has not yet received a response.

More like this
A New Netflix Doc Will Explore The Unsolved Murder Of Jill Dando
By Sam Ramsden
This First Look At 'The Gold' Shows Jack Lowden In A Whole New Light
By El Hunt and Sam Ramsden
Harry Styles Is Performing At The 2023 Grammy Awards
By Jake Viswanath
Brad Pitt Wants To Share The Spotlight With This Celeb In Shania Twain’s “That Don't Impress Me Much”
By Alyssa Lapid
Get Even More From Bustle — Sign Up For The Newsletter
From hair trends to relationship advice, our daily newsletter has everything you need to sound like a person who’s on TikTok, even if you aren’t.