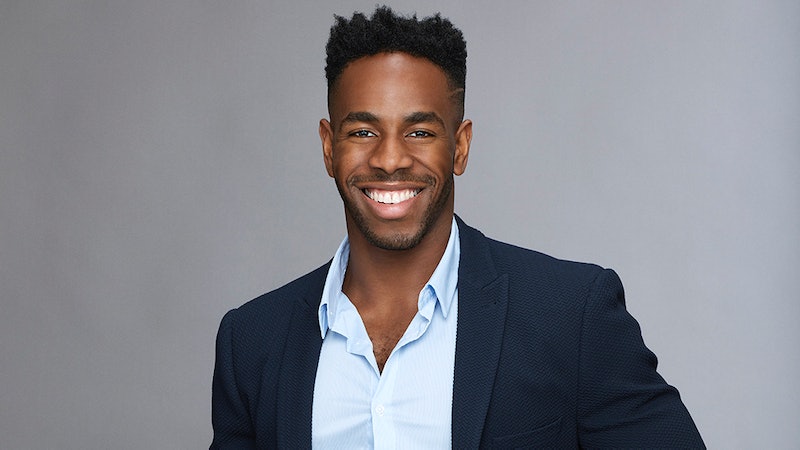 Lincoln made a splash on The Bachelorette early this season, as spats with the other guys and his competitive nature tended to make him a heavy focus over an episode or two. But after Bachelorette blogger Reality Steve first reported that Lincoln was charged with indecent assault and battery prior to The Bachelorette , perception of the contestant took a heavy blow. It's possible he's purposefully avoiding the spotlight after the controversy — he hasn't spoken publicly since the news broke — and it's unclear exactly what Lincoln is doing after The Bachelorette.

What appears to be Lincoln's Instagram account is private, visible only to people he approves, and the same goes for his Twitter, though it's not apparent if they've always been that way or were made private after the news of his conviction on May 21, 2018 became public. Aside from his personal choice to lay low, it's almost as if he's being scrubbed from Bachelorette history — all photos of Lincoln have also been removed from ABC's press page for The Bachelorette, except for a few where he appears among a larger group of guys.

Fans have been questioning why Lincoln was even allowed to appear on the show with such a dark mark in his past.

ABC and Warner Bros. issued a statement about Lincoln to Deadline, claiming that they had not been aware that he had been charged with a crime when they cast him on the show:

"No one on The Bachelorette production had any knowledge about the incident or charges when Lincoln Adim was cast, and he himself denied ever having engaged in or having been charged with any sexual misconduct. We employ a well-respected and highly experienced third party who has done thousands of background checks consistent with industry standards to do a nationwide background check in this case. The report we received did not reference any incident or charge relating to the recent conviction — or any other charges relating to sexual misconduct. We are currently investigating why the report did not contain this information, which we will share when we have it."

Deadline reports in the same piece that Lincoln was convicted this past May, mere days before The Bachelorette premiered, but the incident in question — in which he allegedly groped and assaulted a woman on a cruise ship — happened back in 2016, and he was charged with the crime before he would've been cast on the show.

After a year sentence in a house of correction was suspended, he's entered a two-year probation period, the outlet continues. As part of his sentence, Lincoln was ordered to stay away from the victim and attend three Alcoholics Anonymous meetings per week for two years. If he fulfills these requirements and does not re-offend, he will avoid jail time, but if that's not the case, he could receive up to a year behind bars. The Hollywood Reporter also reports that Lincoln is required to register as a sex offender, according to a statement from the Suffolk County District Attorney's office.

Former Bachelor contestant Ashley Spivey spoke to Bustle's Lindsay Denninger earlier this month about the Lincoln controversy, and she questioned the legitimacy of whatever background check methods the franchise had employed. "I have a hard time believing that they didn’t see [Lincoln's arrest] unless they didn’t do a background check,” she said.

Fans have echoed that disappointment in the show's vetting process. "How... was he even able to go on the show with a pending case?" wrote Reddit user hoptoeet. "There is no reason this shouldn’t have come up during casting and I cannot believe they would cast someone who now has to register as a sex offender," user buzzy25 agreed.

Given the controversy surrounding his continued presence on the show, it's not surprising Lincoln has decided to remain silent and out of sight. And, as he remains a contestant on The Bachelorette, he's likely not able to divulge anything about his current life that would give away spoilers for the season. It definitely seems, though, that some Bachelorette fans wouldn't mind if he faded into the background for good.