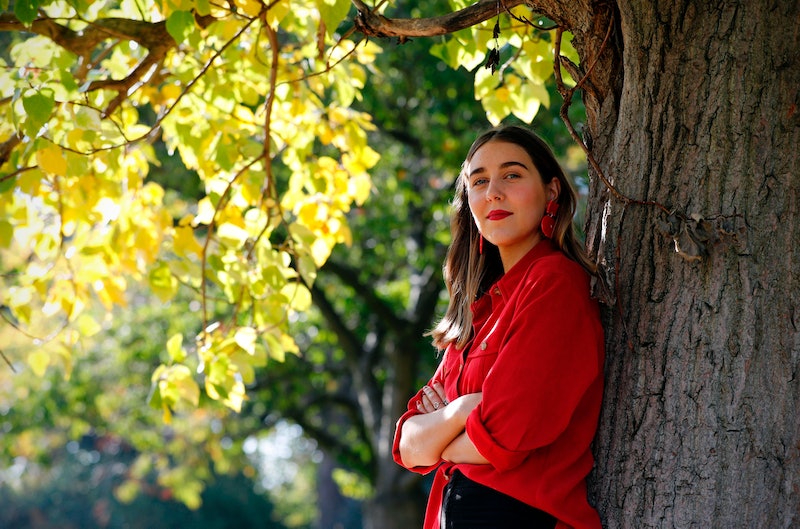 In April 2019, the Voyeurism (Offences) Act came into force in England and Wales. The result of a hard-fought campaign by Gina Martin, the act finally criminalised upskirting, defining it as an explicit photograph taken underneath a person's clothing without permission. Newly released figures have proven the importance of the law change, showing that almost one incident of upskirting has been reported to police every day since its implementation.

Using data obtained under the Freedom of Information Act, the Press Association tallied up the number of upskirting reports logged by police between April and October 2019. More than 150 incidents in total were noted by 35 police forces, reports the Telegraph. The actual figure is likely to be higher as the Metropolitan Police and Bedfordshire Police did not share data.

Allegations ranged from a case involving five teenagers in Kent who were upskirted over the course of six months, to a 15-year-old boy who took an upskirt image of a teenage girl and threatened to share it on social media. Older women in their 60s and 70s were also targeted. Public places including shopping centres and schools were listed as the scenes of the alleged 153 crimes.

Per the BBC, Crown Prosecution Service data showed only 10 men were found guilty of upskirting offences in 2019. A government lawyer was the first to be convicted under the new act in September, the Independent states.

Due to incomplete police data, it's unclear how many of the aforementioned 153 incidents led to a charge. "Evidential difficulties" were "frequently" noted in the data, reports the BBC.

However, the number of upskirting reports has increased since the introduction of the Voyeurism Act. In 2018, 25 police forces reported 94 incidents, per the Telegraph. Between 2015 and 2017, just 78 cases were reported. The 2019 data showed Humberside as the area with the highest number of upskirting allegations (13). Avon and Somerset reported 12 incidents, while Kent's police force logged 10.

Martin — the activist who led the upskirting campaign — praised the act, telling the Telegraph: "The Voyeurism Act only came into use eight months ago and the difference in charges and reporting is already up greatly.

"Upskirting doesn't exist in a vacuum. Sexual assault and violence is all linked, and I'm just so happy this law is holding those who perpetrate it accountable."

The sentence for upskirting, per the BBC, can range from a fine to up to two years in prison if convicted in a crown court. Serious perpetrators can also be placed on the sex offenders register.

More like this
Pret & Costa’s Coffee Is The Strongest On The High Street, According To Which?
By Sam Ramsden
This Is When Netflix Is Going To Start Charging You For Sharing Passwords
By Darshita Goyal
Twitter Has *A Lot* To Say About The "Single Penalty”
By Sam Ramsden
Rita Ora Finally Opened Up About Marrying Taika Waititi & Their "Perfect" Wedding
By Sophie McEvoy and Catharina Cheung
Get The Very Best Of Bustle/UK
Sign up for Bustle UK's twice-weekly newsletter, featuring the latest must-watch TV, moving personal stories, and expert advice on the hottest viral buys.