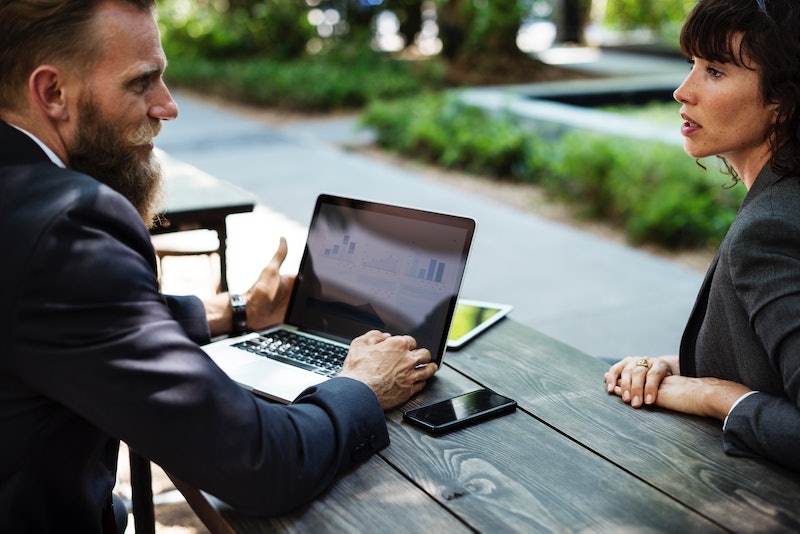 “Uptalk” — the speech pattern in which the ends of sentences and clauses use a rising inflection, making statements sound like questions — is usually discussed as if it is both a gender-specific and unnecessary habit. But honestly, I think we’ve been talking about it all wrong — because as a recent Twitter thread points out, uptalk does serve an actual purpose. What’s more, it’s not an inherently gendered one. Consider this one more reason (in a loooooong line of reasons) to stop policing how women speak: Not only is uptalk not gendered or unnecessary, it’s actually the opposite — an absolutely necessary speech convention.

On May 30, journalist S.I. Rosenbaum tweeted, “Uptalk doesn't reflect uncertainty — it's a demand that the listener evince understanding.” Rosenbaum noted that American Sign Language (ASL), with which she is proficient, also has a device that accomplishes this goal; as she put it, in ASL, “statements are rendered topical by a facial expression that can also mean a y/n question” — that is, the language includes prompts for the listener to signify that they’re engaging with the speaker.

As Nick Douglas points out at Lifehacker, this convention was clearly demonstrated in Lydia Callis’ sign language interpretations of then-New York Mayor Mike Bloomberg’s public addresses about how the city was preparing for Hurricane Sandy in 2012. Douglas points to linguist Arika Okrent’s analysis of the device in The Atlantic at the time, where she described it as, “Movements of the head and eyebrows [indicating] sentence-level syntactic functions”:

In this example, Bloomberg is warning people that the worst of the storm is coming. Callis signs WORST SOON HAPPEN. Her eyebrows are raised for WORST and SOON, then lowered for HAPPEN. This kind of eyebrow raise indicates topicalization, a common structure used by many languages. In topicalization, a component of a sentence is fronted, and then commented upon. A loose approximation of her sentence would be "Y'know the worst? Soon? It's gonna happen."

This is what uptalk does, too, Rosenbaum argued in her Twitter thread. In this sense, uptalk, whether it’s seen or heard, is “NOT lack of assertiveness. Just the opposite. It's a demand that the listener demonstrate their engagement.” It encourages active listening — and respect for the speaker.

And yet, despite this clear and necessary function, uptalk has been derided time and time again in recent years as an annoying and unnecessary habit unique to young women. But these assumptions are often flat-out incorrect. For example, although the origins of uptalk are frequently tied to the Southern Californian Valley Girl culture of the 1980s and ‘90s, it’s been observed in many different countries ranging from Australia to Japan.

Nor is uptalk used only by women, despite the fact that it’s almost always highlighted as a quality of “women’s speech.” Yes, there undeniably a gendered element to how specific people use uptalk; research has suggested that another function of uptalk is “floor-holding,” in which it signifies that the speaker hasn’t finished what they’re saying yet, thereby discouraging others from interrupting. Given that women are interrupted substantially more than men are — a fact which has been demonstrated by study after study after study — it’s unsurprising that women might utilize a speech pattern meant to limit interruptions more frequently than others might.

But people of all genders use uptalk, including men. Indeed, research out of the University of California, San Diego conducted in 2013 found that although there are some gendered differences in how people tend to use uptalk, men still use it even if they don’t realize it. Said study co-author Amanda Ritchart to the New York Times, “Men don’t think they do it, but they do.”

The point I’m getting at is this: Despite the common narrative of uptalk, it isn’t inherently gender-based, and it isn’t unnecessary. I think this is an important part of the discussion surrounding language and the policing of how some groups of people speak — even though it’s not often included.

The solution to the problem, of course, is just to stop policing other people’s language in the first place. If someone uses up talk, awesome. If they don’t, also fine. People shouldn’t need to “talk like men” in order to be respected (because, hi, “male” shouldn’t be considered the default gender), and men shouldn’t be considered “weak” or “feminine” if they use uptalk. And no matter how someone talks, we’d all do better to listen more — because if we did, maybe we’d pick up on the fact that things like uptalk have a purpose. Fancy that!