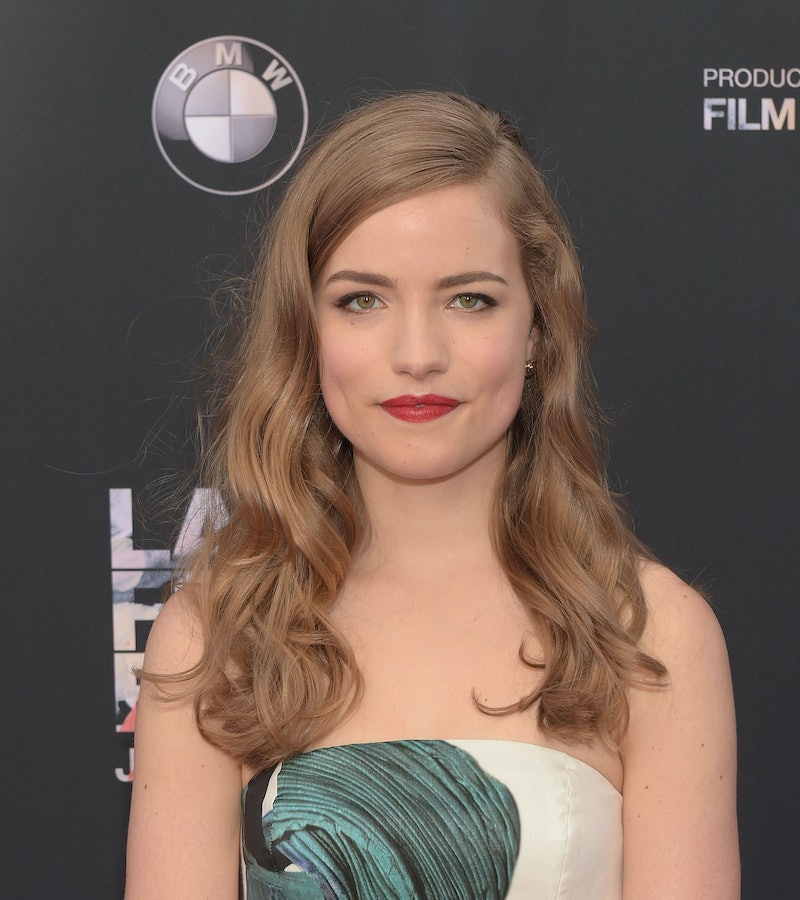 With the success of TV thrillers like You, Riverdale, and Pretty Little Liars, there's a new series in town that could very well be your next obsession. Variety reported that USA picked up high school cheerleading drama Dare Me, based on Megan Abbott's 2012 book of the same name. Dare Me is certainly on the pulse of the popular twisty mysteries that audiences are loving right now, and its premise alone is super intriguing.

According to Variety, Dare Me spotlights the cutthroat world of competitive high school cheerleading. Like the book, it follows two best friends (played by Herizen Guardiola and Marlo Kelly), unstoppable seniors who run their cheerleading squad through both intimidation and adoration. (Think Mean Girls.) However, a new coach, played by Willa Fitzgerald, comes into the picture and twists their dynamic, putting their friendship to the test. The synopsis teases that a shocking crime rocks their quiet suburban town, especially the team, as wild truths are uncovered.

According to Variety's statement from USA President Chris McCumber, the series "combines the ultra-competitive world of high school cheerleading with the secrets of a seemingly-perfect small American town." It's reminiscent of many iconic shows and films, with a surefire hit formula combining teen drama and friendship, suspense, and small-town mystery.

On the cover of Abbott's novel, Booklist's review describes it as "cheerleading as blood sport, Bring It On meets Fight Club." The Amazon description of the book teases that the story explores themes of "raw passions of girlhood, friendship, ambition, and power" and "provides a harrowing glimpse into the dark heart of the all-American girl."

Throughout her career, Abbott has honed in on her craft in the mystery genre, often exploring friendships, small-town crime, and coming-of-age themes in her stories. Some of her other acclaimed work includes The End Of Everything (2010), You Will Know Me (2016), and Give Me Your Hand (2018). According to Variety, the author will serve as co-executive producer and writer of the series.

Dare Me's pilot was directed by Steph Green, who also directed two episodes of the award-winning FX series The Americans, according to IMDb. Variety further reported that Netflix already has its hands in Dare Me, serving as a co-producer and securing first-run rights to the series outside of the U.S.

Audiences may recognize star Fitzgerald from MTV's Scream and Herizen Guardiola from Netflix's The Get Down. Up-and-comer Marlo Kelly has appeared in a few short films and Australian series. Kelly posted a photo from set to Instagram, writing, "One giant double dog dare." Fitzgerald celebrated the news by posting a photo of a newspaper piece on Abbott to her Instagram Story and captioning it, "This woman is brilliant. Cannot wait to bring Dare Me to life on the screen."

Other series regulars include Zach Roerig (The Vampire Diaries) and British actor Rob Heaps (Imposters). There's no word yet on when Dare Me will premiere, but if one thing's for sure, it's that this is one show that thriller fans will want to look out for.