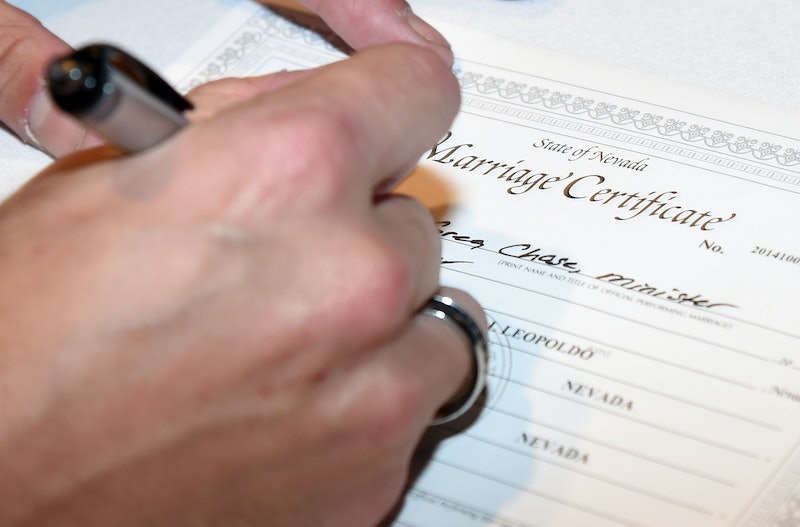 On Wednesday, a bill was signed into law that might surprise you. Per The Hill, the governor of Utah legalized sex outside of marriage, finally decriminalizing it. And perhaps the only thing more flooring than a bill legalizing sex outside of marriage might be the fact that not every lawmaker actually voted in favor of it.

The original 1973 law banning non-marital sex was a part of the Utah Criminal Code, in the chapter containing "offenses against the family." The law read,

(1) Any unmarried person who shall voluntarily engage in sexual intercourse with another is guilty of fornication. (2) Fornication is a class B misdemeanor.

One man in opposition to the new legislation, titled Senate Bill 43, was state Republican Rep. Kevin Stratton. Per Fox News, he said at the Utah State Legislature earlier in March, "What is legally [right] is often far below what is morally right ... And I recognize our laws are not strong enough to rule an immoral people.”

And for those who are surprised that all of these law changes are taking place in 2019, you should know that the state of Utah is home to a number of esoteric laws. For example, any beer over 4 percent ABV has to be considered liquor, per Thrillist. The publication further reports that bartenders are required to go behind a curtain to pour or mix drinks, that you cannot be served any form of alcohol prior to receiving food in a restaurant, and that there's no legalized happy hour in the state, to name a few.

Either way, congrats to Utah for the new rules.