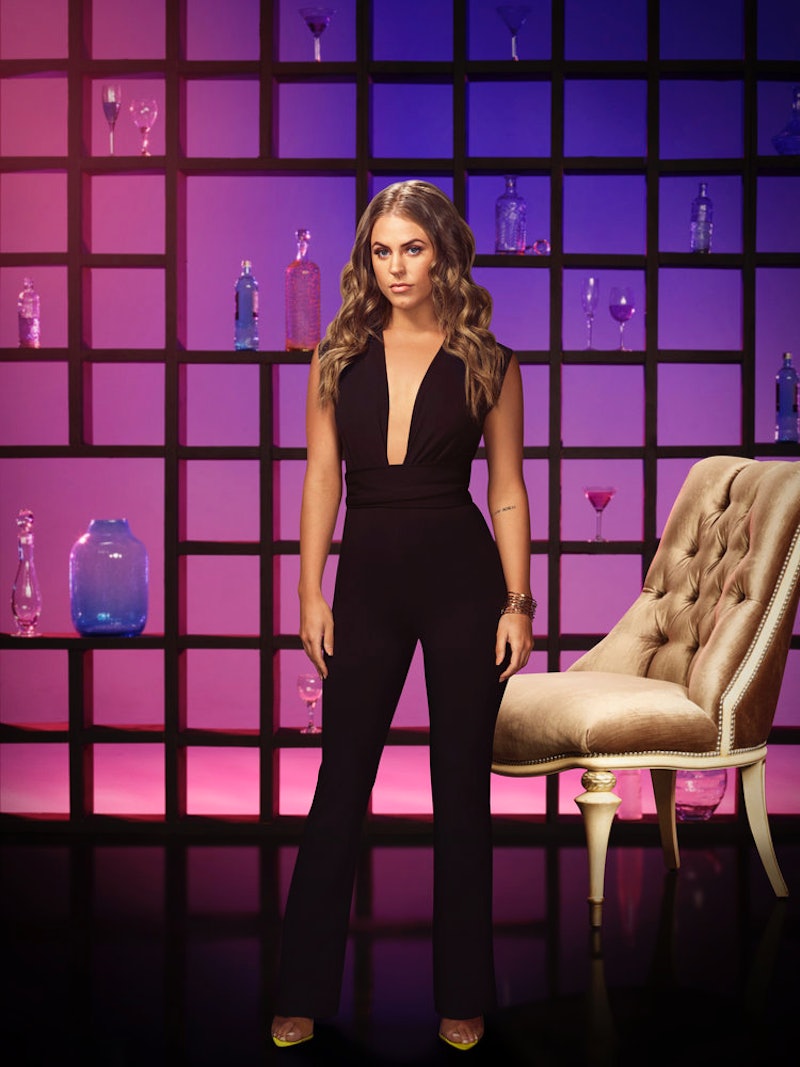 Despite being new to the cast of Vanderpump Rules, Danica Dow has the Instagram account of an already seasoned Bravolebrity. Name a basic influencer pose and Dow has hit it, from hot squats and bikini chorus lines to that pic you take at the game just to brag about how good your seats are. Since joining the Vanderpump Rules cast, however, Danica has started to evolve beyond the stock and trade shots designed to move FabFitFun boxes and onto those reserved for budding reality stars: promo shots for her TV appearances and pictures of her hitting all her angles. Here are a few of the staples on her feed:

There are two chief variations of the hair-touch shot: "Oh man, I'm about to touch my hair" and "Can you believe I'm touching my hair right now?" The idea is to create an impression of spontaneity around these heavily choreographed photos, as well as to highlight the time-consuming blow-outs it takes to make your hair fall just so. If Danica has an IG go-to, it is categorically the hair touch shot, for which she employs both full-on and about-to-touch hair photos. Note the subtle differences.

Danica's Instagram features (maybe ex?) boyfriend Brett Willis very prominently. Typically, boyfriend photos are set across a specific set of locations: exotic vacations (this creates an impression of commitment — why else would we go to Bali together?), sporting events (to convey what a fun girlfriend you are), and "casual" photos perversely designed to show "we hang out all the time, even on long lines, not just during the times you would think to take photos." Consistent branding also helps. Danica's go-to term of endearment for Brett is "love" as in "Loving life with the love of my life" or "Dodgers game with my love" or "Chargers game with my love."

You know you've made it when at least three separate people or brands can be credited with making your look happen. This IG post is the hallmark of a reality star on the rise, as it's also a post we often see from bona fide celebrities. On the night of the Vanderpump Rules premiere, Danica was "obsessing over" a dress from @glaudibyjohanahernandez" and thanking her glam squad @barbdoeshair & @saltspellbeauty for her look.

Here, Danica combines all the top Influencer tricks into one perfect shot: a trendy outfit, a vacant stare, a status-conveying setting, and a vaguely suggestive but ultimately meaningless caption ("Desert fever").

The hair touch is optional, but seriously someone get this woman a hair gummies discount code because she is doing. the. work.