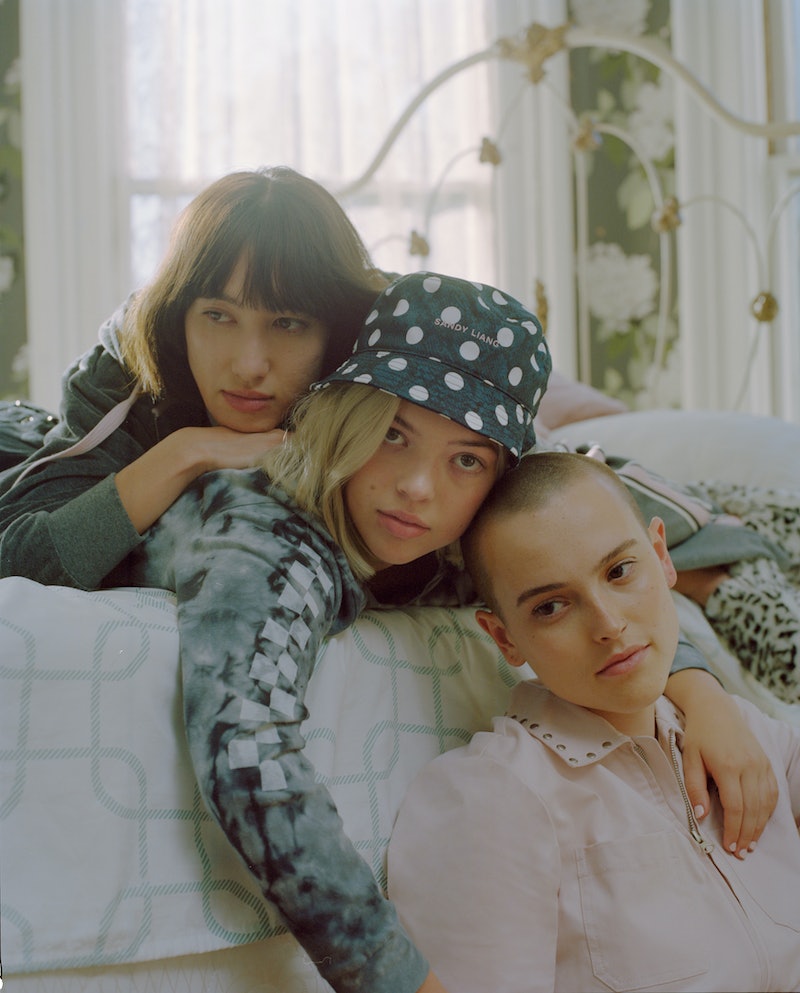 New York-based designer Sandy Liang and cult favorite streetwear brand Vans are coming together for an epic Spring collab that's sure to sell out as soon as it hits stores. The collection, which debuted during New York Fashion Week, will retail from $14 to $200.

The '90s-inspired capsule debuted during Liang’s Spring 2020 fashion show with pairs of custom Vans sneakers, though it's since expanded to include a full line of footwear and apparel. The line now consists of nine separate apparel styles, four accessories, and five footwear styles — all with a delightfully retro vibe. There are velvet sneakers, polka-dot bucket hats, tie-dye tees, and even faux shearling bags. In tones of light pink, deep blue, and leopard patterns sprinkled throughout, it’s very much a '90s dream.

"To see my ideas come to life on such an iconic collection of footwear and apparel is a dream come true," Liang said. "This collection embodies the playful dreaminess of the nineties, as well as the grittiness of downtown New York City.”

The collection as a whole effortlessly embodies Vans’ iconic streetwear style along with Liang’s retro cool-girl vibe. Consisting of 18 pieces in total, Vans x Sandy Liang is available in Vans stores and online as well as on Sandy Liang’s online retail platform.