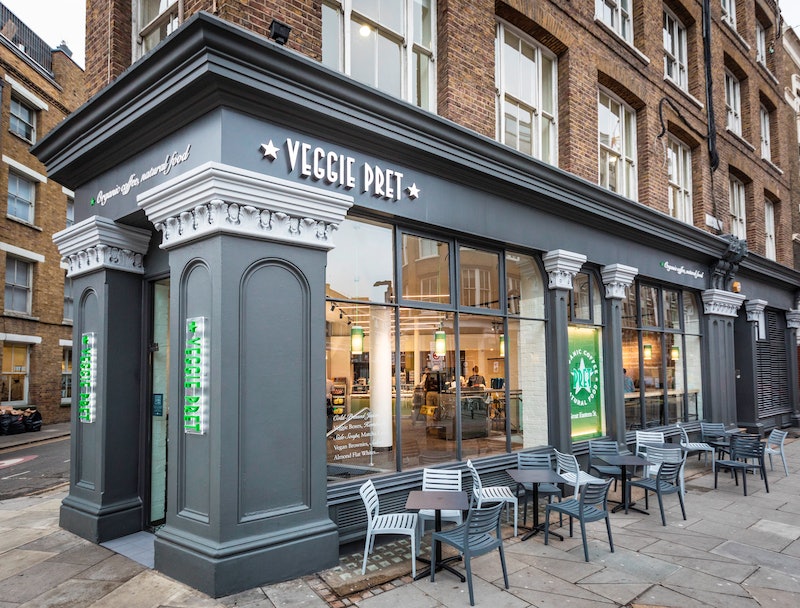 Initially opened as a pop up experiment in 2016, Veggie Pret has blessed vegans and vegetarians with four dedicated stores (three in London, one in Manchester), and now a fifth store opening later this month in Canary Wharf. And if that wasn't enough, Pret are launching vegan versions of their classic products, including sandwiches, baguettes, and wraps. These new recipes will be exclusive to their veggie outlets.

The four new products have been given the esteemed title of The Vegan Classics. Made in response to consumer demand, these recipes "have been carefully created ensuring that they taste just like the originals, but that they only use vegan ingredients," as Pret said in a press statement sent to Bustle UK. They will be available from Oct. 24 onwards.

So, what exactly are they?

If you're in a part of the country that doesn't have a Veggie Pret, whether or not these vegan versions of these classic recipes will be available in your usual Pret remains to be seen. Although a Pret spokesperson tells me that, if these Vegan Classics become popular in their Veggie chain, they will "consider them for [regular] Pret."

As Bustle has previously reported, Pret also recently debuted their Autumn 2019 menu, which includes 24 new products, including three new toasted focaccias and other treats perfect for the colder months.