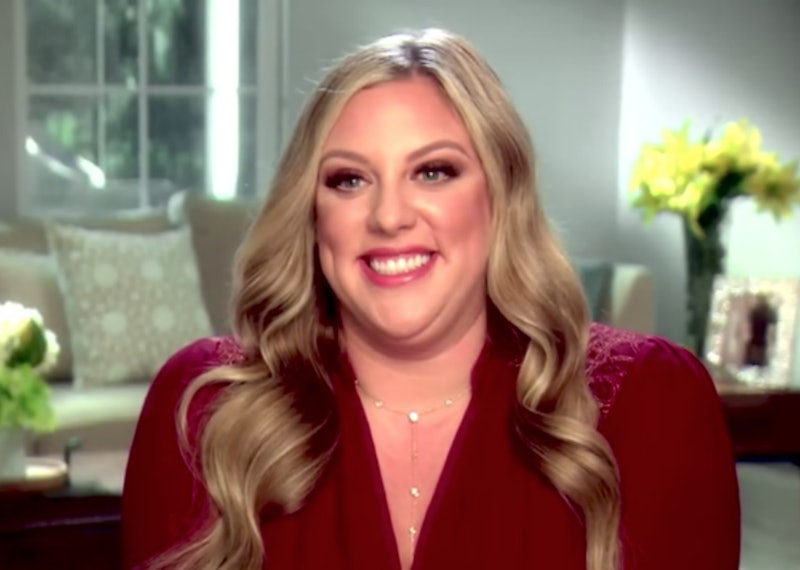 Not only would this be an unprecedented move for Bravo, but it would be a great addition to Real Housewives of Orange County. Briana Culberson joining RHOC as a full-time Housewife is exactly what the series needs — and her mom, Vicki Gunvalson ("The OG of the OC"), agrees. While chatting with Entertainment Tonight, Vicki said about if Briana would ever become an official part of the cast, "It’s probably time. You know, the viewers are ready for her. She’s such a great girl. She’s no bullsh*t."

If this were to ever become a reality, Briana would fit in perfectly alongside her mom and the other women. "She’ll eat those girls up!" Vicki said. "She’s good TV. She doesn’t [even] try to be good TV. She just is." That is definitely true. Briana speaks her mind, stands up for herself, doesn't let her own mother off the hook, has great one-liners, and is a mom of two sweet boys, who also make "good TV". She has Housewife written all over her.

Briana becoming more than just Vicki's daughter on the show makes complete sense. Who knows if the 30-year-old would want to take on the title of Housewife, but it's something she should absolutely consider. It would even make her the first daughter of a Housewife to become one herself.

Now that her husband, Ryan Culberson, according to Vicki, will be officially retired from the U.S. Marines starting Aug. 30, this would be great timing for Briana to become a full-fledged Housewife. Fans would get to see her, Ryan, and their boys, Owen and Troy, under one roof living their daily lives and battling the daily drama of the O.C. Plus, seeing as Briana has also been part of RHOC since day one, it only seems fitting that her role in the series becomes a permanent one.

Let's keep those fingers crossed that come Season 13, Briana will be holding an orange in the opening credits.