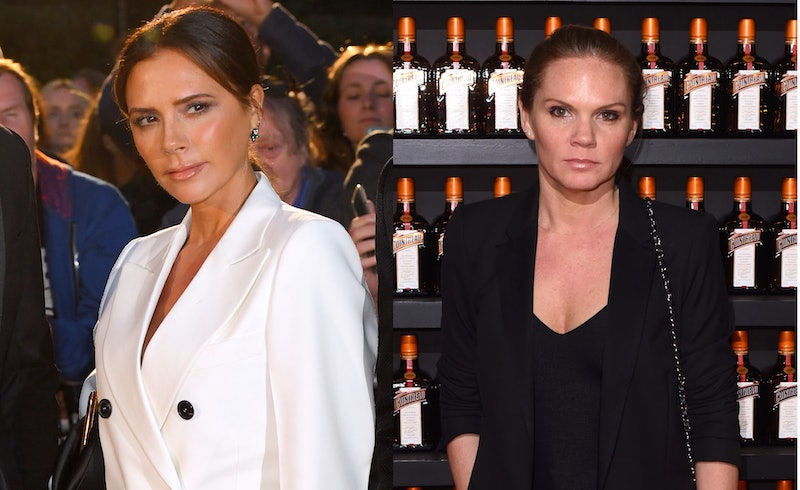 Christmas Day may be over but snaps of celebrity's festivities on the big day are the gift that keeps on giving. Victoria Beckham's family Christmas photos are about as wholesome as it gets and, this year, even included a guest appearance from a lesser spotted member of the wider Beckham clan.

Beckham shared a photo of herself and her sister Louise Adams on her Instagram stories looking seriously stylish. The pair are pictured sat down having some chill time and wine, both in shades of blue. The picture has "Happy Christmas!! Kisses from us. Love u @louisesadams X", emblazoned across it and let's be real — this picture definitely puts your sibling selfie to shame.

The lookalike sisters have always been very close and actually have lots in common. Both are busy mums of four and Adams has even dipped her toe into the fashion world, as Hello reports that for a time she owned a clothing boutique called Hidden Closet.

The festive season is of course a busy one for most but this December has been pretty wild for the Beckham clan. Not content with all of the annual festivities, they also celebrated Harper Beckham and Cruz Beckham being baptised. Harpers Bazaar reports that their new godparents are just as A-list as you'd expect. Eva Longoria, Marc Anthony, football agent David Gardner, and celebrity hairdresser Ken Paves happily were all in attendance at the event which was held at the Beckham's local church.

The after-party also appears to have been quite the occasion and according to Harpers Bazaar, Victoria and David Beckham were ever the loved up pair. Captured on camera having a whale of a time, dancing to a live band's rendition of Frankie Valli's I Love You Baby.

After a December and Christmas like that I'm sure their New Year's Eve celebrations are going to be pretty lit.