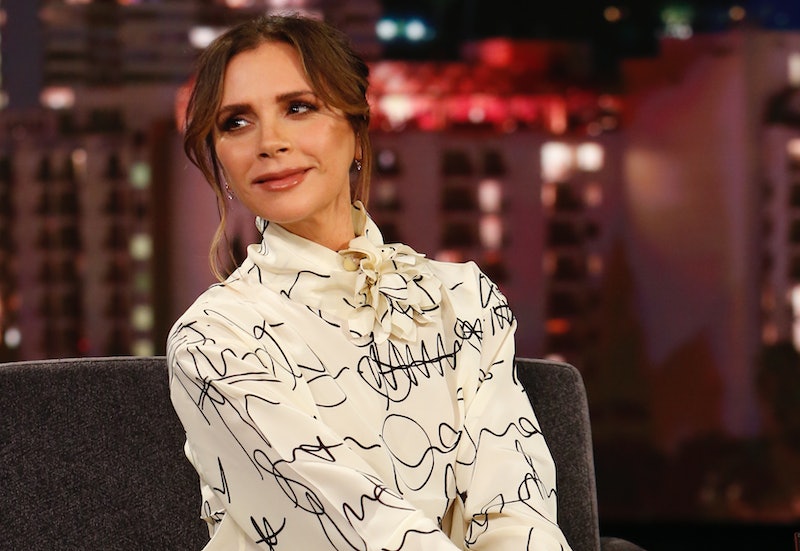 Over the years, David and Victoria Beckham have become known for their impeccable taste and enviable style, so when it comes to Christmas, the pair will likely struggle to land on the perfect gift for one another. However, during a recent makeup tutorial on the former Spice Girl's Youtube channel, Victoria Beckham revealed what she got David for Christmas this year, and chances are, it isn't what you were expecting.

During the clip, which was also shared on her official Instagram account, Beckham quipped that David simply "has everything," and later revealed that this year, the football legend can look forward to a jigsaw puzzle. Yes, you heard me right: a jigsaw puzzle.

So, it seems the fashion icon has taken a more humble approach to gift-giving than perhaps most would anticipate, however, this is no ordinary puzzle, and before joking that the jigsaw is a giant picture of herself, Beckham explained how the puzzle eventually creates an image of their four children. Adorable. During the video, Posh Spice also revealed that a close friend of hers initially came up with the gift idea, and although an unlikely choice, a jigsaw puzzle is actually right up David's street.

Elsewhere, it appears Victoria is dead-set on expanding the Beckham brand, and despite only just launching her very own makeup line, the former Spice Girl has now also ventured into the world of skincare.

The launch of Victoria Beckham Beauty took place during London Fashion Week 2019 — a decade after the debut of her fashion label — and back in November, Victoria revealed news of a brand new moisturiser, which she made in collaboration with Professor Augustinus Bader. Speaking of her latest beauty project, Beckham revealed that she has "been working on this for a long, long time," and explained how she aimed to create a product "that works to improve the health of my skin and gives that fresh, natural glow."

So, it sounds as if Victoria has a lot in store throughout the coming year, and fingers crossed David enjoys his Christmas gift, although, I'm fairly certain the cat is now very much out of the bag.