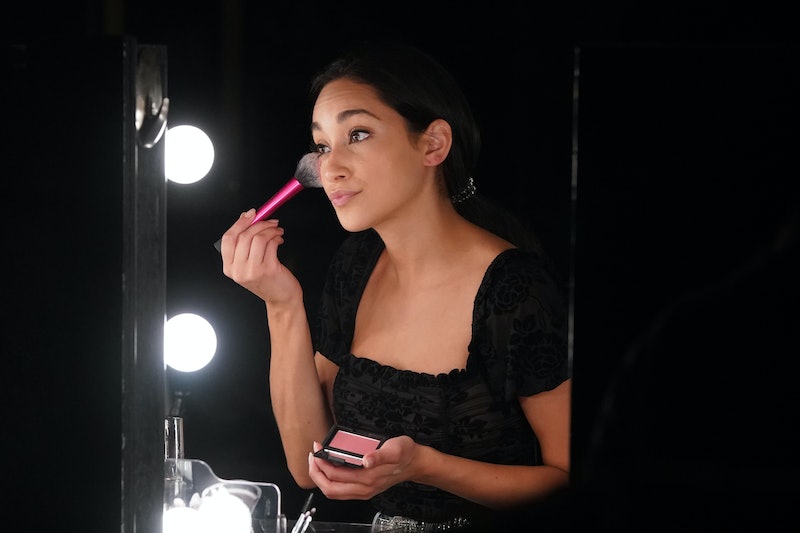 Victoria F. really doesn't want to be the villain of Peter Weber's Bachelor season. Yet the Virginia Beach native is facing some significant backlash in the aftermath of her recent one-on-one date. Though she claimed to have a fear of heights during the episode, fans have since unearthed photo evidence that suggests otherwise, prompting Victoria F. to defend her skydiving fear on The Bachelor. And she wants you to know that she had every right not to want to participate in such a thrill-seeking endeavor again.

While looking through her Instagram photos, a few eagle-eyed fans noticed that one of the images (which has apparently since been deleted) featured Victoria F. skydiving back in October of 2014. However, when the possibility of skydiving during the date was brought to her attention, she immediately freaked out. But if she's done it before, why was she so adamantly against doing it again? Was acting terrified about it all for show? Victoria F. made a point of addressing the issue on her latest Instagram Stories with a very simple explanation for it all. "Yes, I’ve been skydiving before. Do I ever want to do it again? No," she stated. "Am I allowed to feel that way? Yes.”

But as fast as Victoria F. was to issue an explanation, Twitter works faster. Prior to her Instagram Story, fans couldn't help having a little fun about the whole thing at her expense.

Of course, Victoria F. has every right to change her opinion about something. Just because she went skydiving several years ago doesn't mean that she automatically would ever want to do it again. The only flaw in the explanation is that she claimed to some of the other contestants that she is scared of heights. If that's the case, then why ever go skydiving in the first place? That's not exactly a great pastime for someone who doesn't enjoy being up high in the sky (or zooming down toward the ground at a really fast clip).

Perhaps the skydiving experience is what prompted her fear of heights in the first place? Then again, that doesn't seem to match the looking of enjoyment on her face in the photo or the positive hand gestures she's giving. But hey, you never know.

Maybe we'll never know what caused her to have such a change of heart on the matter, but it just goes to show that you really can't keep anything a secret on this series. If it was on the internet, odds are it's going to get dug up eventually. After all, the devil works hard, but Bachelor Nation works harder.