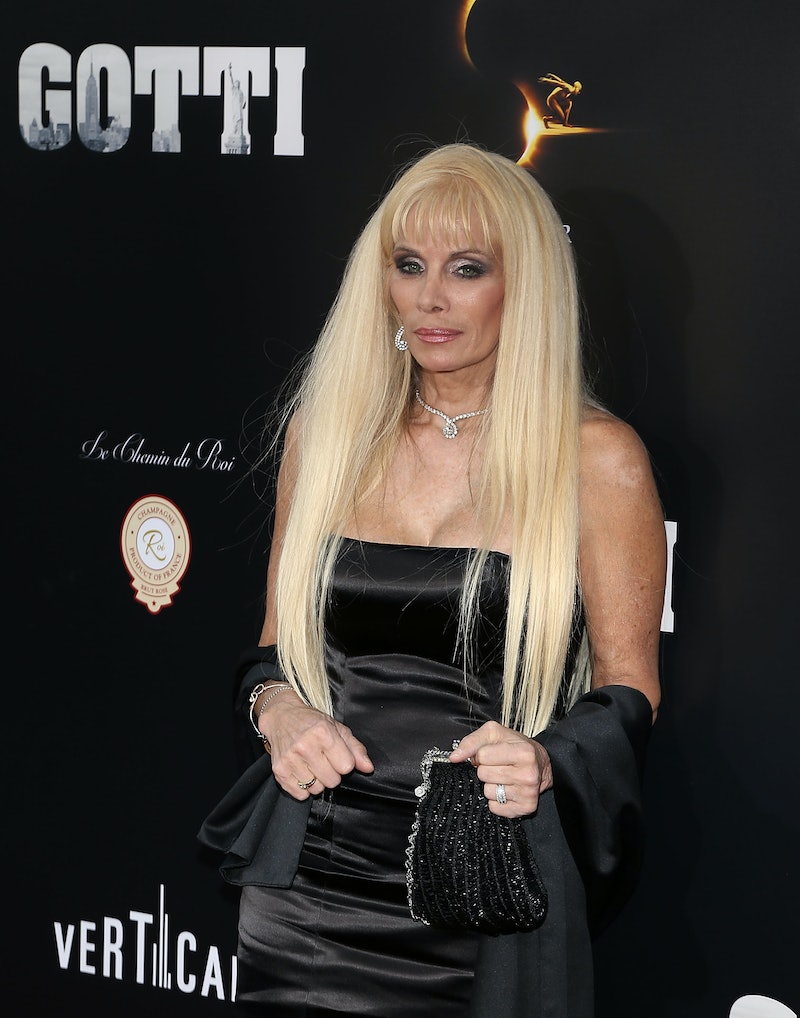 The past year has been the biggest year for the Gotti name in quite some time with the release of the blockbuster film Gotti, starring John Travolta based on the life of John Gotti, and the release of Victoria Gotti: My Father's Daughter, a Lifetime Original Movie that tells the story of Victoria life as the daughter of the infamous mob boss. While the Gotti name is lighting up film and television, the Victoria Gotti of 2019 is a lot more grounded and relatable than one might imagine for someone whose likeness has been the used in multiple films.

Victoria has made a name out of inviting others into her life, but that doesn't mean that those familiar with her know the full range of her life experience. Gotti has been a frequent presence on reality television since the seminal A&E show Growing Up Gotti debuted in 2004, and her career as a writer has seen her craft multiple novels, a memoir, a cookbook, and a New York Post column. While these pieces trace Victoria's life through the better part of the 21st century, those don't account for the most recent years of her life.

Luckily, to see where Victoria Gotti is in life in 2019, one doesn't have to look much further than her personal Instagram page to see what she values and deems worth celebrating.

Celebrating The Release Of The Gotti Films

While My Father's Daughter is Victoria Gotti's film through and through, she clearly didn't have any problems with the Gotti film that starred John Travolta. In fact, Travolta revealed to the Chicago Tribune that the two had gotten pretty close. "Victoria cooked us dinner, an amazing dinner in the same house that she and John lived in for many years, and the family was in and out and we spent all day long together and it was wonderful and then we've had other meals together," he said.

Gotti clearly has an eye for fashion, especially when it comes to well-known designer brands. Her Instagram features pictures of items she's collected, including wristbands from Cartier, shoes from Gucci, an Umbrella from Chanel, and a Rose Gold Macbook.

Spending Time With Her Family

In an interview with Bustle, Gotti says that her greatest accomplishment is raising her three children and that she's been enjoying a lot of time with her grandson who she is "just madly in love with." As her Instagram page suggests, she's been spending most of her non-film industry time going on vacations with her family and helping raise her grandson.

Victoria may have a life that sparks a great deal of interest for people who are interested in the life of one of America's most notorious criminals, but if there is one thing that My Father's Daughter makes clear it is that Gotti is much more than just John Gotti's daughter. While there may not be any other Gotti films coming out after My Father's Daughter, it's clear that Victoria doesn't need the glitz and glamour of Hollywood to live a fulfilling life.