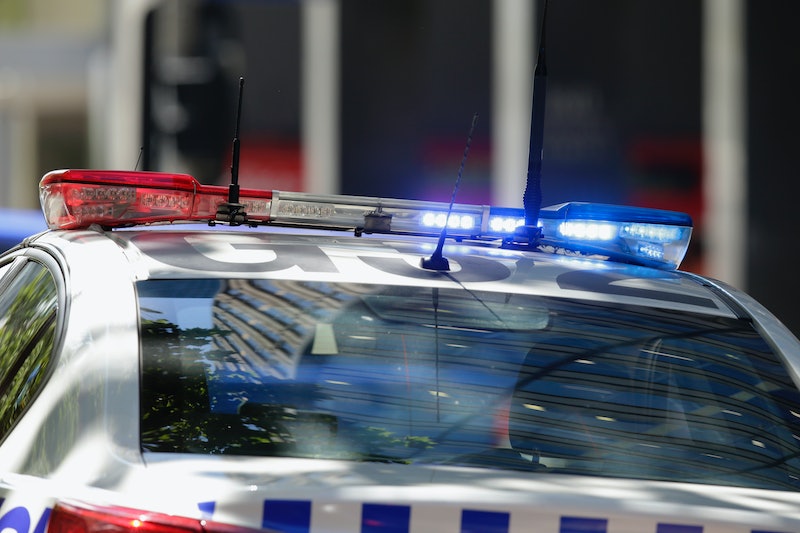 "Soccer while black." That's the heading of a Ginger Williams' viral Facebook post, documenting a white woman dubbed "Golfcart Gail" calling the cops on a black man at his son's soccer game over the weekend. According to Williams, Gerald Jones was yelling to his son on the field to follow the referee's call at a park in St. Johns County, Florida, when a woman in a golf cart thought he was harassing the referee. Even after the man began to pack up his things to leave, Williams said, the woman announced she was calling the police due to his "threatening behavior."

A spokesperson for the St. Johns County Sheriff's Department told NBC News that the woman who called the police is a field marshal at the park. "I started filming because she would not leave the father alone," witness Maria Morales-Walter said. "There was no reason for her to call the cops."

Williams also filmed part of the incident, showing the field marshal on her cellphone while sitting in a golf cart. Jones can be seen next to the cart, audibly upset. "Ma'am you want to go, too?" the field marshal says to Williams. "Because you're not going to videotape me."

In Williams' video, the field marshal explains to police that she went over to Jones after he saw him "jump up and run over the field, in a loud voice." After explaining the situation to Jones, she says, "He just got nasty with me." She added, "My job is to make sure the referees are respected."

Gary Easom, president of the Ponte Vedra Athletic Association, told First Coast News that the situation was being mischaracterized. The call to police was placed because of a "culmination of several immediate prior incidents," at the game, he said in a statement. According to Easom, a father had already been thrown out of the game for being verbally abusive to the teenage referees, and a mother watching the game had been reprimanded for using profanity. Easom told NBC that if spectators continue to "behave badly" after warnings, "staff is left with no choice but to call law enforcement."

Williams also noted the prior disturbances in her Facebook post, writing, "What makes this even worse, is that a parent had actually been ejected from this game during the third period. There had to be a delay of game due to the disturbance yet, Golfcart Gail didn’t need to call the police on him."

Both officers at the scene appear calm in Williams' video, asking questions and assuring Williams that the field marshal had a right to call the police. After they finish talking to Jones and the field marshal, one officer can be heard saying, "I don't have any reason to detain you," to Jones, who then leaves with Williams.

"Good, I didn't want anything like that done," the field marshal says.

Sunday's soccer game was another in an ongoing series of widely publicized incidents in which a white person has called the police on black people doing seemingly innocuous things. Twitter users similarly condemned "Golfcart Gail," as they did "Permit Patty," a woman who called police on a black child selling water bottles outside her apartment building with a permit, and "Cornerstone Caroline," a woman who falsely accused a black boy of grabbing her.