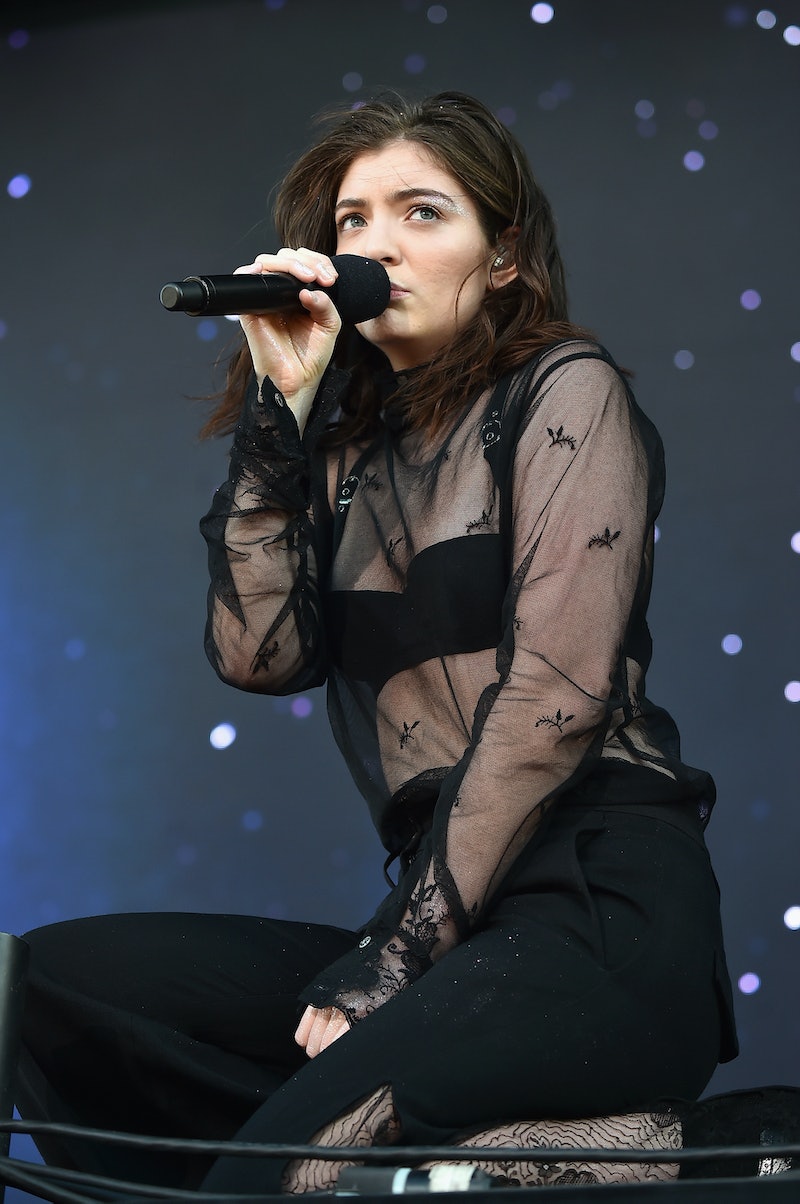 There's nothing like a performance from Lorde to get your weekend started off on a high note. The singer/songwriter released her newest single "Perfect Places" on Friday, just ahead of her highly anticipated set at New York City's Governor's Ball, and she performed the song for the first time at the festival shortly after. "Perfect Places" will be featured on the star's upcoming album, Melodrama, and videos of Lorde's Governor's Ball performance of the song — as well as some reactions from fans and concert attendees — make it clear just how excited fans should be for the new record.

"Perfect Places" is the third single to be released from Lorde's upcoming project. Her debut of "Green Light" back in March was enough to make the entire internet have a meltdown, so it really isn't much of a surprise that this newest single inspired the same reactions. The new song is an absolute banger, and her performance at the Governor's Ball only solidified that. According to Billboard, Lorde's set included a performance of "Green Light", "Buzzcut Season", which is a throwback from her first album Pure Heroine, and two more new songs from Melodrama, "Sober" and "Sober II (Melodrama)."

This weekend's performance, combined with the release of her new song, likely put Lorde in great spirits. Before taking the stage at the Governor's Ball, the singer even surprised a dedicated fan with the gift of a lifetime: a personal invitation to watch her perform. And after Friday night's performance, Lorde took to social media to thank her fans for attending in a sweet post on Twitter. "new york you were a true true dream thankyou for making magic with me @GovBallNYC," she wrote alongside a few photos from the show.

Since dropping "Perfect Places," Lorde hasn't mentioned the release of a new single. But what we do know is that Melodrama, the follow-up to 2013's Pure Heroine, is set to officially make its way onto shelves on June 16 and you can get a look at the full track list, which she released back in May, here.