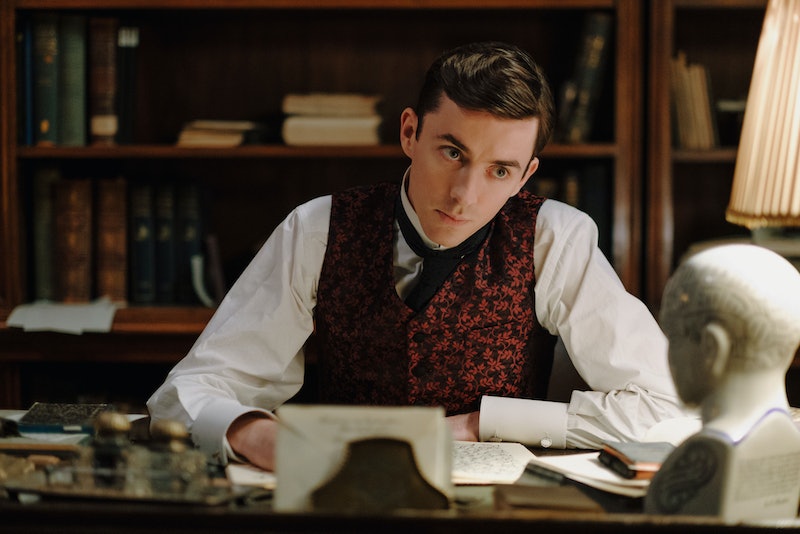 BBC's three-part detective drama begins on Monday night (Nov. 18), and features a whole host of new faces. Matthew Beard and Juergen Maurer band together as Max Liebermann and Oskar Rheinhardt to investigate mysterious crimes of early 1900s Vienna, with the help of Liebermann's psychoanalytic knowledge. That's a lot for any actor to take in, so who is Matthew Beard and how did he prepare for the role?

You'll probably recognise him from his role in The Imitation Game alongside Benedict Cumberbatch, where Beard played British mathematician Peter Hilton. "Peter was the youngest of the code-cracking team, which was good for me as a young actor," the actor told Teen Vogue in 2014. "He was learning his field and was put with all these experts. I felt like that as an actor, so the parallels were uncanny." Beard also portrayed Colin Firth's younger self in the 2004 film And When Did You Last See Your Father?, which he was highly praised for.

Beard first entered the world of acting at a pretty young age, attending drama club for an hour a week at four-years-old. He happened to garner the attention of his current casting director, who "was looking for young kids to be in all sorts of TV shows they film up in Yorkshire," his home county. "When you're four years old and you don't trash the set or cry all the time, they hire you again because they know they can trust you," Beard explained.

"So I got quite a lot of work. I always thought eventually I would have to stop and get a real job, which I still think about sometimes."

Now starring in one of BBC Two's staple dramas this autumn, the 30-year-old actor prepared extensively for the role of fictional detective Max Liebermann. "The first thing I did was to sit down with the scripts but then to sit down with Freud also as it's a crucial part of the show and what Max is interested in," the actor told BBC in a press statement. "I got to Vienna a bit earlier, I think it was two weeks before we started shooting, which gave me a chance to soak up the city because obviously Vienna is another central character in the film."

Beard spent a significant amount of time exploring the city, mainly art galleries and buildings that were built in the early 1900s. "I watched a lot of documentaries about what was going about what was going on at the time because in 1906 there was a huge burst in architecture, art and science so I tried to explore all of that."