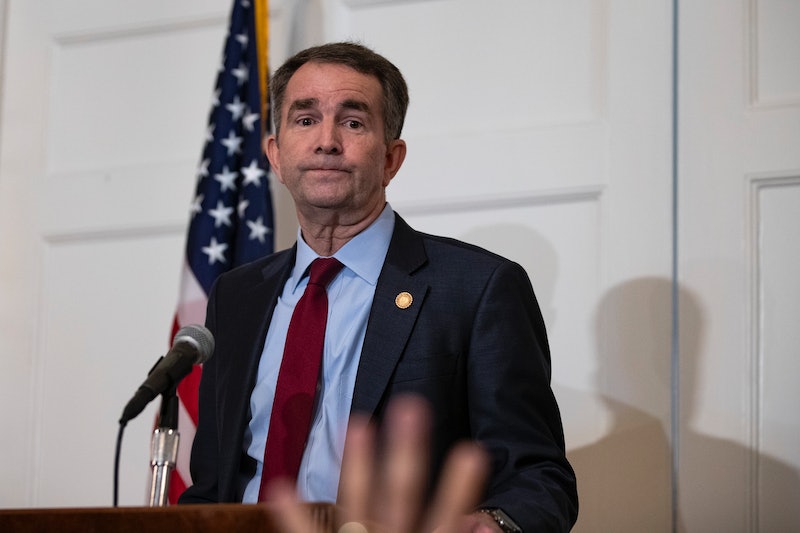 Virginia's state government is in turmoil. In the span of one week, its governor, lieutenant governor, and attorney general all became embroiled in their own scandals, including two separate controversies involving blackface. As a result, Virginia's line of succession for the governorship has suddenly become a topic of intense national interest.

First, an overview of the scandals that have rocked Virginia politics in the last week:

All three officials are Democrats, and they've been called on to resign. As of Wednesday afternoon, none have done so, and both Northam and Herring have actively rejected the suggestion that they resign. Nevertheless, scandals of these magnitudes do often end with politicians leaving office, and many people have been looking at Virginia's line of succession laws to determine whether the governor's mansion might switch hands — or parties.

Under state law, if the governor of Virginia leaves office midway through their term, they are succeeded by the lieutenant governor. If the lieutenant governor is, for some reason, unable to assume the governorship, the attorney general becomes governor. If the attorney general, too, is unable to serve as governor, the speaker of the Virginia House of Delegates ascends to the governorship. That last part is notable in that the current speaker is a Republican, Kirk Cox, raising the possibility that the trio of scandals could result in Virginia's governorship switching parties.

However, this would require Northam, Fairfax, and Herring to all leave office, either through resigning or impeachment, roughly at the same time, which is unlikely. Moreover, if there are multiple resignations or impeachments, the order in which these departures happen will be crucial in determining who serves as Virginia's governor.

This creates the (admittedly remote) possibility of a situation in which Northam, Fairfax, and Herring all leave office, but the governor's office remains under Democratic control. This would happen if Fairfax departed before Northam, thus allowing Northam to appoint another Democrat to the lieutenant governorship, and then Northam left office. Fairfax's replacement would then ascend to the governorship.

It's worth noting that Virginia's governor, lieutenant governor, and attorney general can all be impeached by the legislature under the Virginia Constitution. However, the law only allows this if the official in question is guilty of "malfeasance in office, corruption, neglect of duty, or other high crime or misdemeanor." Although there's some ambiguity in that phrasing, both University of Richmond law professor Carl Tobias and Larry Sabato, director of University of Virginia's Center for Politics, have argued that Northam's conduct doesn't meet those qualifications.

What comes next for Virginia's government is entirely unclear. But it's entirely possible that the state's line of succession laws will soon become highly relevant in determining the future of the Old Dominion.