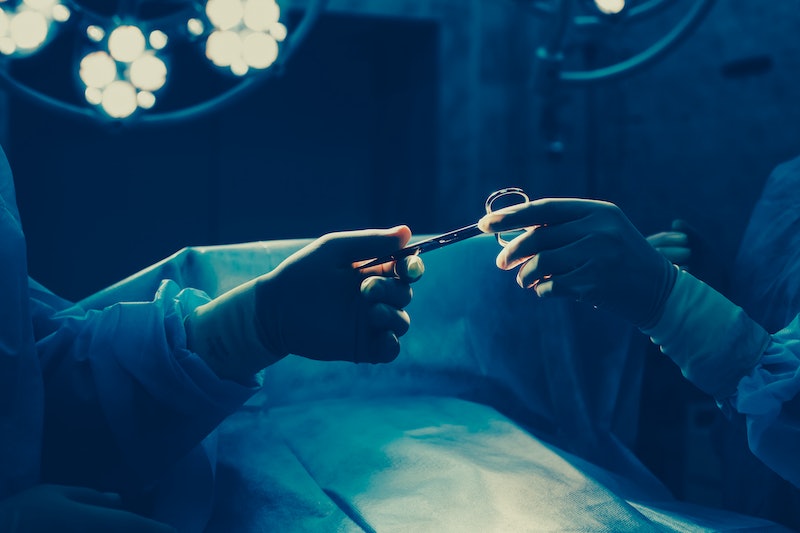 An eye-opening investigation by the Sunday Times has revealed UK-based doctors are making serious money from "virginity repair" surgery. The procedure — also known as hymenoplasty — involves reconstructing a person's hymen. There is no medical need for such surgery. But certain cultures, that frown upon or forbid extramarital sex, use it to ensure a woman appears "pure" before marrying.

As the Guardian reports, the myth that an intact hymen acts as a marker of virginity persists. Although hymens can tear during intercourse, many do not. It's also incorrect to assume that women will bleed the first time they have sex. Yet this is often the hope for people undergoing hymenoplasty.

“A woman who has bloodstained sheets on her wedding night has sexual trauma," gynaecologist Dr. Jennifer Gunter told the Guardian. "But this culture implies that, as long as a woman is traumatised during her first sexual experience, then that satisfies some sort of ritual. It is so offensive. On a human level, and on a biological level.”

The Sunday Times found at least 22 private clinics performing hymenoplasty in Britain. Some were charging patients up to £3,000 for the short procedure (it takes less than an hour). Director of MAS Gynaecology, Mohammad Masood, noted patient inquiries had risen fourfold since 2014.

Masood's patients are "almost exclusively Muslim," he told the paper, adding around a third of them travel for the surgery from the Middle East to the UK. “I have seen tragic situations where I felt as though I was saving a life. It is a very sad situation,” he commented.

A teenager, of Saudi Arabian heritage, shared her story with the Sunday Times. Forced to marry an older man, she paid £1,500 for hymenoplasty, scared of being assaulted by her brother if he found out she wasn't a virgin. "I had a secret boyfriend and we were happy, but I knew my parents would never let me marry him," she explained.

On her wedding night, she bled, recalling: “I was relieved I wouldn’t bring shame on myself or my family. My family were happy and so were [my husband's].”

Although the procedure is legal in the UK, it's impossible to say how many women are undergoing it each year. The figures simply don't exist. However, charities told the Sunday Times the yearly total is likely in the hundreds.

"I think people would be surprised to know this is going on," Dr. Leila Frodsham, a member of the Royal College of Obstetricians and Gynaecologists, told the paper. "There are a lot of people making a lot of money out of very vulnerable women. It is very difficult to think that it’s justified to operate on somebody as part of a religious practice."

Campaigners are concerned about pushing for an outright ban for fears it could "drive the industry underground," notes the Sunday Times. But Natasha Rattu, from honour-based abuse charity Karma Nirvana, said the operation "is about controlling women and controlling their sexuality. We need to be challenging those attitudes."