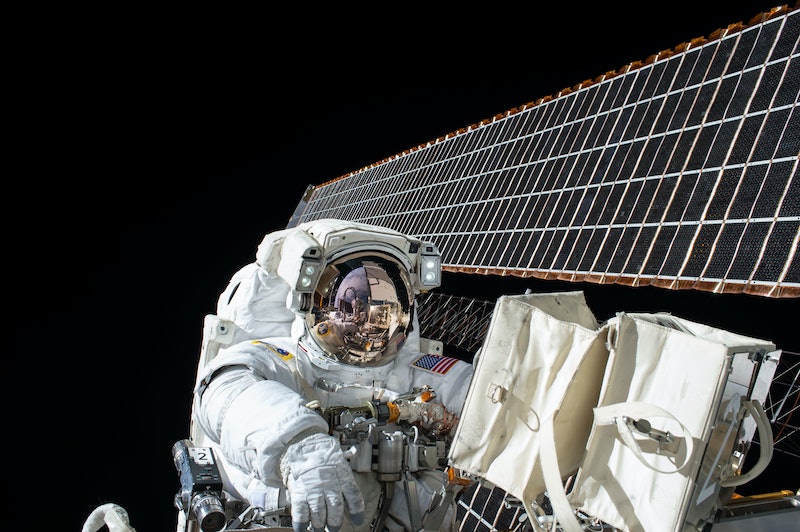 For decades, space was reserved for only professionally-trained astronauts. But now, the National Aeronautics and Space Administration (NASA) may be willing to help you get into orbit — for a price, that is. NASA is opening the International Space Station to commercial opportunities, including "private astronaut missions," the agency said Friday. With the agency's first private mission expected to launch as early as 2020, those eager to cross space off their travel bucket list better quickly learn how to visit the International Space Station before it has the chance to become overcrowded.

As expected, a trip into space won't be cheap. According to CNBC, a private astronaut mission is expected to total more than $50 million with NASA pricing each day on the International Space Station at roughly $35,000. A Commercial and Marketing Pricing Policy rolled out by NASA in late May, lists one day's worth of private astronaut mission "crew supplies" such as food and air as costing $22,500 while a day's worth of "regenerative life support and toilet" resources is priced at $11,250.

Along with being costly, tourist trips into space are also expected to be limited. According to NASA, the agency will allow two private astronaut missions — lasting no more than 30 days — to the International Space Station each year as part of their commercial use directive. Potential travelers don't have to be U.S. citizens, but they do have to book their trip on a rocket operated by the United State's space agency, ABC News reported.

There are some rules. Eager cosmonauts will be required to meet set medical standards and complete the same training and certification procedures that any regular crew member would have to undergo, according to ABC News.

Yet space tourism, as the industry is called, isn't exactly new. In fact, the world's first space tourist blasted off for an eight-day trip in late April 2001. U.S. millionaire Dennis Tito paid Russia's Federal Space Agency $20 million to be taken to the International Space Station, the BBC has reported. According to Space.com, Space Adventures, the U.S.-based private space tourism company that brokered Tito's trip, has since helped six other space tourists get into orbit.

In opening the International Space Station to commercial use NASA hopes to offset operational costs, enabling the agency to put more of its resources into returning to the moon in five years time.

"We're reaching out to the private sector to see if you can push the economic frontier into space," Bill Gerstenmaier, NASA's director of space operations, said (via CBS News). "The commercialization of low-Earth orbit will enable NASA to focus resources to land the first woman and the next man on the moon by 2024 as the first phase in creating a sustainable lunar presence and preparing for missions to Mars."

Gerstenmaier characterized NASA's move into commercial use of the space station as a shift that would benefit the American economy and American citizens.