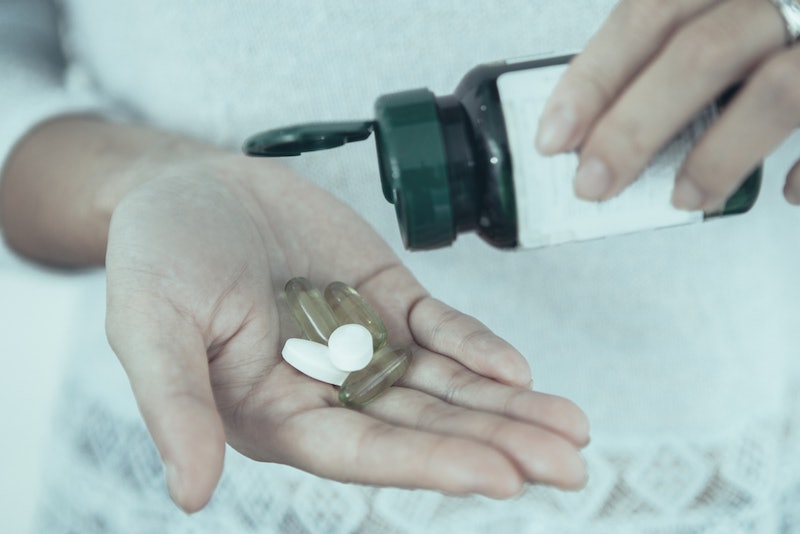 When it comes to your health, the old adage an ounce of prevention is worth a pound of cure is definitely a motto to live by. However, if you've been taking certain supplements in hopes of preventing a future heart problem, stroke, or cancer diagnosis, vitamin D and fish oil may not prevent heart disease or cancer after all, according to two new studies published in The New England Journal of Medicine.

While there is evidence that making fish oil part of your daily routine after experiencing a heart attack can prevent a second cardiac event, and it does have other benefits, the results of what's known as the VITamin D and OmegA-3 TriaL (VITAL) at Brigham and Women’s Hospital, an affiliate of Harvard Medical School, found that preventative claims may have been overstated.

The studies, which included more than 25,000 men and women in the U.S., investigated whether or not taking daily dietary supplements of vitamin D3 and/or omega-3 fatty acids actually reduced the risk for developing cancer, heart disease, and stroke in people who did not have a prior history of these illnesses, VITAL noted on its website. Key findings from the studies included the discovery that while vitamin D did appear to reduce cancer-related deaths, it did not reduce the actual risk of cancer, heart attack, or stroke as previously thought.

"The results indicate that people with low dietary intake of fish will likely obtain a heart benefit from omega-3 fatty acid supplementation," Dr. JoAnn Manson, study co-director, said in VITAL's analysis of the results. "On the other hand, those with higher fish consumption do not appear to benefit, perhaps because they are already meeting their omega-3 requirements by eating fish. This pattern of results implies that, while a modest amount of fish oil is desirable, more may not necessarily be better."

Additional research is needed to confirm the strong heart protection seen in black study participants and "to determine whether there are other groups who might benefit from omega-3 therapy. People considering the use of omega-3 fatty acids to prevent heart disease must weigh the overall balance of benefits and risks," she added. In reference to vitamin D, Dr. Manson said that even though there is evidence that cancer-related deaths can be reduced with vitamin D supplementation, if you already meet the daily requirements for vitamin D, taking more isn't necessarily advisable.

"The promising results for cancer mortality need to be confirmed in extended follow-up of the study participants and in future trials," she said. "Although our study shows that a vitamin D dose of 2000 IU per day is well tolerated, with few if any side effects, the results do not strongly support the initiation of high-dose vitamin D for prevention of cancer or cardiovascular disease in healthy patients who already meet vitamin D requirements for bone health."

This doesn't mean you should abandon your supplement regimen, especially if you've been advised to take vitamin D or omega-3 fatty acids by your doctor. VITAL noted that it plans to release further results to support its findings over the next six-to-12 months.