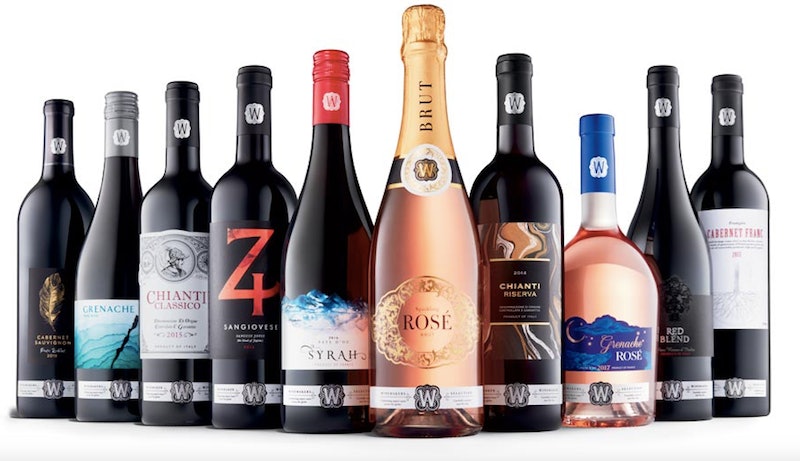 Things I apparently missed over the summer include the fact that Walmart has its own wine label now. It’s called Winemakers Selection, and it represents Walmart’s first foray into territory already well-trod by other big box retailers. The goal of the line — as it often is with things like this — is to bring wines to the market that are both affordable and, uh, not terrible… and it seems that Winemakers Selection may have actually nailed it. How did I miss the story several months ago? I’m honestly not sure. Maybe the constant supply of pickle-flavored food and drink items is to blame; I had little focus for anything else. It’s still worth looking into now, though, especially as there are plans to expand the line in the future, according to the Washington Post.

Winemakers Selection debuted in June at around 1,100 Walmart stores across the United States. (As of July 2018, the company has more than 5,000 stores nationwide.) The Daily Meal reported at the time that the wines are all sourced from the United States, Italy, and France; the line encompasses 10 wines and includes options like a French sparkling rosé, an Italian sangiovese from Tuscany, and a Californian cabernet sauvignon from Paso Robles. They’re all priced between $10 and $16 per bottle, with the average hovering at around $11 — but, said Walmart senior adult beverage buyer Nichole Simpson to USA Today, they’re meant to “drink like a $30 to $40 bottle of wine.”

Walmart carries a lot of wine, most of which has to be purchased in-store, but which is viewable online. The Winemakers Selection wines, however, differentiate themselves through their labels: Each bottle belonging to the collection bears a fancy W insignia both on the label itself and on the neck of the bottle. Does the W stand for “Winemakers Selection?” Does it just stand for “Walmart?” What about both? No one really knows; either way, though, it certainly does distinguish the Winemakers Selection bottles from the rest, so hey, at least it’s doing its job.

A lot of thought went into the actual designs on the labels, as well. According to a post in the “Tip & Ideas” section of Walmart’s website, each label reflects specific qualities about the wines and their origins. The syrah, for example…

…features art made with “a watercolor effect to evoke the geographic beauty and distinctive landscape” of the Pays d’Oc region from which the wine comes.

…draws its inspiration from Carrara marble. Hailing from Tuscany this marble is used by sculptors all over the world; it also factors prominently in many masterworks from the Italian Renaissance. It’s the perfect label design for a Tuscan wine, no?

Then there’s the cabernet sauvignon…

Of course, the big question about wines that purport to be high in quality and low in price is this: How do they taste? Cost isn’t always indicative of taste, of course; sometimes, though, wines designed to be drinkable yet affordable don’t always live up to the hype. But a lot of the Winemakers Selection wines do seem to come out on top in terms of taste. I’m not sure they necessarily taste like $30 or $40 wines, as Nichole Simpson commented they did, but as Elin McCoy wrote at Bloomberg in July, “More than half of them, from a bright, spicy French rosé to a savory Italian Chianti Riserva, are quite a bit better than I expected. In fact, all display authentic character of the region they’re from, and they are — mostly — good deals.”

The grenache rosé, grenache Pays d’Oc, the chianti reserve, and the sangiovese all earned top scores from McCoy; the cabernet franc, however, was deemed the best of the bunch. “This juicy red from the south of France was my best-tasting Walmart wine and the best value for money, too,” wrote McCoy. “The aromas are herbs and violets; there’s warm fruit and even a little elegance.”

At Inc, meanwhile, Chris Matyszczyk praised the red blend, the chianti classico, the sangiovese, and the cabernet sauvignon. The cab sauv, he wrote, “drifted past my teeth to the back of my mouth, as if it had known me for a while. It made itself at home without being loud, overbearing or full of itself. Instead, it was impeccably behaved and made extremely polite and even insightful conversation with a chicken and couscous dish.” (He added, “Oh, I'm not supposed to pair a Cab with chicken? I'm a disgrace to all around me.”) The general trend in reviews amounts to reviewers not expecting much going in, but ultimately ending up pleasantly surprised. And there are worse things to be, right?

As Dave McIntyre noted at the Washington Post in September, a line like Winemakers Selection — low cost, but actually tasty — is made possible largely due to global advances in winemaking; winemaking has, wrote McIntyre, “improved so much over the past two or three decades that good-quality wine can be found at good prices.” This, combined with Simpson and her team traveling to meet with growers and winemakers, as well as dutifully blind tasting every option they consider before making their decisions about what to include, has resulted in a surprisingly good lineup.

And there’s more to come. McIntyre reports that 11 more wines, including picks from Argentina and Champagne, are set to get added within the next year. The price range might expand, possibly going up to as much as $36 — but there will still continue to be affordable, $11 options as well.

Check out the line here. Who knew?