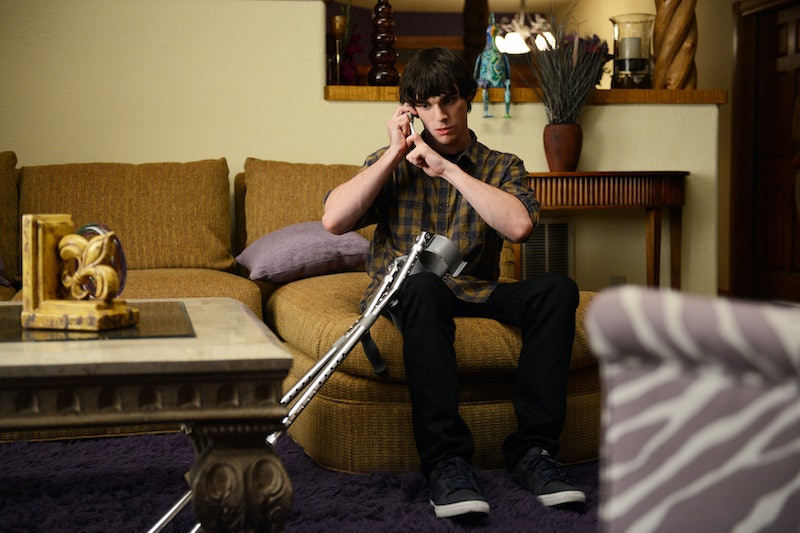 El Camino: A Breaking Bad Story picks up right after the end of the original Breaking Bad series finale, which means any of the few people who survived the show could turn up. However, one cast member has already confirmed that they weren't a part of the project. RJ Mitte revealed to The Wrap that the man who calls himself Flynn, formerly known as Walt Jr, will not be in the Breaking Bad movie. While some Breaking Bad fans may be interested to discover what happens to Walt Jr. following the events of the series, it makes sense that he doesn't turn up in this Jesse-focused movie as the two characters never once interacted across all five seasons of Breaking Bad. So even if there are flashbacks, it's not likely Jesse would even conjure him up.

Walt Jr.'s final appearance in Breaking Bad is brief, and he doesn't even have a line in the last episode. Walter White simply watches his son from a distance and chooses not to speak to his son one last time before going to save Jesse Pinkman from his Nazi captors, which ultimately leads to Walter's death. However, Walter White did plant a seed for a possible upswing in Walt Jr's life by threatening his former business partners into laundering Walt Jr. $9.72 million of Walter's drug money.

While Mitte doesn't reprise his role in El Camino, he has his own idea for where Walt Jr. ended up. "Walt Jr. is still living with his sister, almost in like DEA housing," he toldThe Wrap. El Camino will finally reveal if Walter White is truly dead, or if he managed to pull off one more unlikely escape, but assuming he isn't, Mitte speculates that Walt Jr. would be hunting him down. "Walt Jr. pretty much joins the DEA and is hunting after his father. He kind of takes Hank’s role where Hank left off. My idea is that he’s trying to go out, find what happened to Hank and go after Jesse and Walt."

Walt Jr.'s relationship with his father was complicated, just like every single relationship Walter White had. Walt showed his father love in the form of a fundraising website to help treat his cancer, which eventually became a money laundering avenue for Walt. Such was the nature of Walt's life as a drug dealer that his real son ended up being merely a prop in his criminal endeavors. But Walt Jr.'s love for his father ran so deep that during his parent's separation he openly sided with his father.

After seeing his father attack his mother and kidnap his baby sister, Walt Jr. forgoes his name and starts going by Flynn full-time, a habit he temporarily adapted in the past when he was angry at his dad. The last conversation he has with his father involved Walter offering to send his son money, and Walt Jr. telling his father that he wanted Walter to die.

In a way, it's probably for the best that Walt Jr. doesn't turn up in El Camino, as he's had to deal with enough violence and heartbreak in his life. Running into Jesse is almost certainly the last thing that Walt Jr. needs in his life, although the two would probably have plenty to talk about after being raised, in different ways, by Walter White.