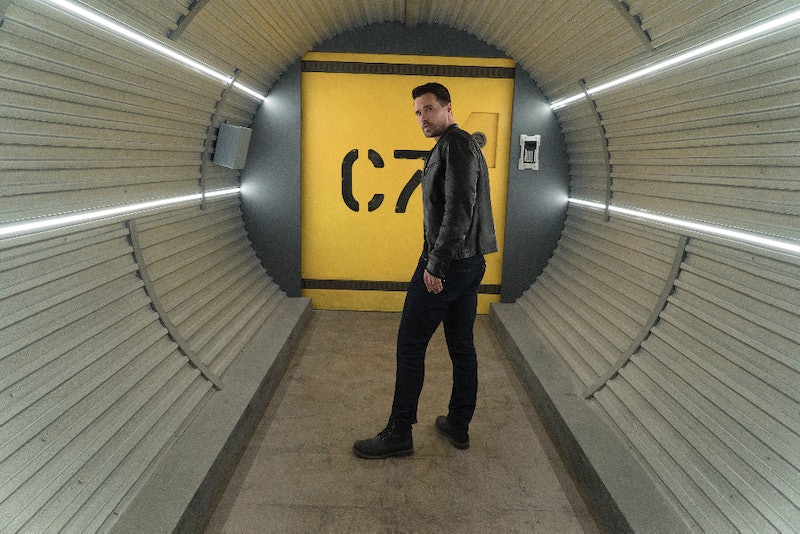 The Framework isn't technically real. We know that much to be true. It's a virtual alternative reality. Still, it's pretty awesome that Ward is a resistance hero on Agents of S.H.I.E.L.D. thanks to the Framework. He'll definitely be an asset to Daisy and Jemma on their escape and rescue mission.

Not only is Ward actively working against Hydra as a mole for the resistance, but he's protecting Daisy. In this world's backstory, he discovered that she is an Inhuman first, and hid that information from the world and from his girlfriend. When he discovered Daisy with Simmons, he gave up his secret, and helped the two of them get to safety. We don't know how detailed the Framework is yet. Ward's family history, and all the things that lead him to join Hydra in the first place, may not even exist.

It's actually not that surprising, I think, if you give it a second look. This world is scary and dark, but a central component to the framework is that it removes pain. Wouldn't everyone's lives be less painful if, for once, Ward wasn't Hydra? Since Grant Ward himself is dead, and not hooked into this universe, he is more of a device than an actual person. It's a nice way for Agents of S.H.I.E.L.D. to give him another chance without actually condoning his actions in the real world.

I honestly can't wait to see more of the resistance. According to an official ABC press release, in the episode "Identity and Change," we may get even more surprises. "As Daisy and Simmons struggle to discover an escape route to the real world," it teases, "the identity of the Inhuman leader of the Resistance is revealed." Who could that be? Lincoln, Yo-Yo, Mace, or even Lash? What if it's Daisy's mom?

I know that Jemma and Daisy are trying to wake everyone up so that they can defeat the Framework and Aida, but for now... I'm kind of enjoying all of these layers on Agents of S.H.I.E.L.D. and how they all fit together. .