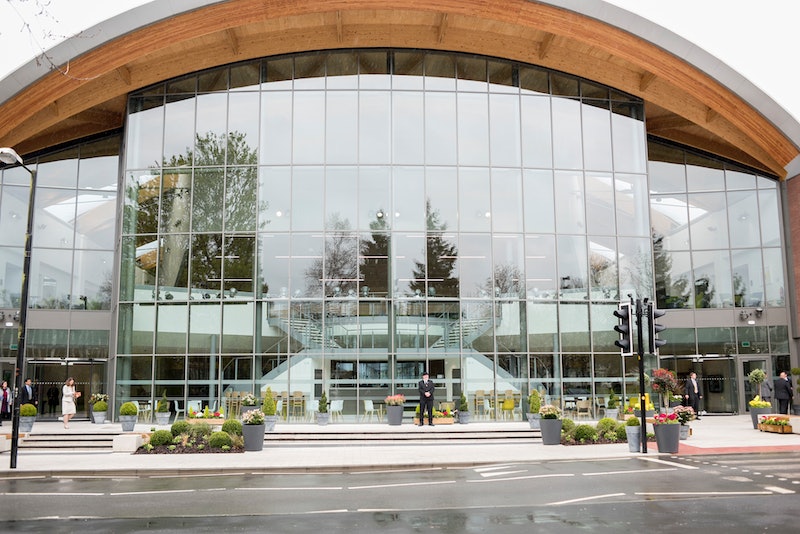 University should in theory be some of the best years of a young person's life. But a growing rape culture and a failure to tackle it have led to concerning incidents at several UK universities. This week, a story involving a rape threat investigation at the University of Warwick has consumed the internet.

In May 2018, Warwick's student newspaper The Boar reported a complaint had been made to the university about the existence of a group chat in which male students made rape threats against specific individuals along with other disturbing statements. After a disciplinary investigation by the university, five students were suspended for varying time periods. Two were banned for 10 years, two for one year, and one was given a lifetime campus ban, reports the BBC.

But news has emerged that the two 10-year bans have now been reduced to just one year, the BBC also reports, meaning that four out of the five students in question will be allowed to return to Warwick in September 2019. According to the BBC, the reduction came as a result of a successful appeal by two students. In a statement on the appeal decision, the University of Warwick's Professor Christine Ennew said it wasn't "about the issue of culpability. Rather, the appeals panel focused instead on the scale of the penalties." I have contacted a representative of the university for comment on the subsequent backlash against the appeal result and will update this piece when I hear back.

One of the young women named in the group chat has now spoken out against the university's decision. Megan told Radio 1's Newsbeat that both her mental health and education have suffered throughout the investigation. "It really affected my university experience last year," the 20-year-old said. "I didn't go to a lot of lectures or seminars in my final time at university which really affected my degree because that was exam season." She also added that it was "really difficult for [her] to be on campus at the moment."

Megan's tweets concerning the appeal have been retweeted and liked by thousands, spawning the hashtag #ShameOnYouWarwick. An open letter to the university — written by an anonymous female student named in the group chat — has also been published by The Boar. "I have enjoyed some of the best times of my life so far at your institution — but more of the worst," it begins, describing how the incident had caused the writer to relapse into depression and an eating disorder, and develop anxiety, for which she has been prescribed medication.

"We were discussed so violently. We were humiliated, as if for sport. Racism, sexism, sexually explicit descriptions, ableism, threats of sexual assault, and homophobia. Are these issues on which Warwick has nothing to say? Does the university want its students to feel that such threats, comments and ‘jokes’ are acceptable and normal? This is the message sent out by the recent decision to allow the perpetrators back onto campus next year.

"I feel terrified at the prospect of having these boys in my seminars and lectures, as they sit there feeling guilt-free. Knowing that I may have to come face to face with them again just to continue my education is unacceptable. Who are you protecting Warwick?"

The fact that the women involve feel the university has not done enough to protect or support them is not surprising. In 2018, the Guardian reported that universities were accused of failing to adequately report and tackle cases of sexual misconduct. A few weeks earlier, a report by Revolt Sexual Assault and The Student Room found that 62 percent of students and graduates had experienced sexual violence and eight percent of female participants said they had been raped at university. Out of the people that had had such experiences, only six percent reported the incident to their university, with only two percent saying they were satisfied with the reporting process.

The consequences of experiencing sexual threats (let alone actual violence) cannot be underestimated. The university may have carried out a commendable investigation, but its appeals process has apparently failed to recognise the impact of letting the accused back on campus alongside their accusers. (Professor Ennew's statement said "the university remains clear that the behaviour of the individuals ... is both abhorrent and unacceptable" and that it is "sorry that the decision as a result of [its] processes has upset so many members of [its] community and beyond.")

Young women, or young people for that matter, shouldn't have to watch their mental health and educational experience decline in an institution where they should feel safe and protected. Decisions like these also have an impact on future university students. A relative of mine was considering a place at the University of Warwick later this year. But upon hearing this news, she has decided to set her sights elsewhere.

It's up to university officials to ensure that students feel able to safely report incidents, that they feel supported throughout and after the investigative process, and that their feelings are taken into consideration when making any related decisions. Unfortunately, it seems the UK has some way to go before that sentiment becomes a reality.