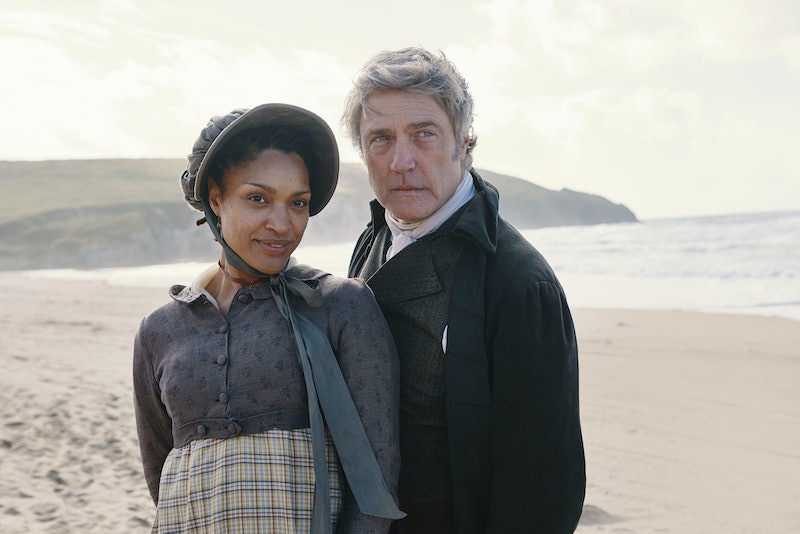 With a new series of Poldark on its way this weekend, fans will be keen to find out everything they can about the upcoming episodes, from the plot to who will be featuring in the show. As well as some of our favourite returning characters (including, of course, Ross Poldark, George and Demelza), there will be two new notable additions to the fifth (and final, sob) series in the form of Colonel Ned and Kitty Despard. But was Colonel Ned Despared a real person?

Well, the facts show that he was indeed very much a real person. For starters, The Telegraph assures readers that the Colonel and his wife are two new additions that "are mined from real history."

Let's start with who exactly Ned is, and what he did IRL. First of all, Ned and Kitty, a former slave, are played by Vincent Regan and Kerri McLean, and they are introduced to the story as the Colonel fought alongside Poldark in the Revolutionary war. In the television series, Despard finds himself in hot water when he finds himself in a London prison, and reaching out to Ross for help.

By doing a little research, it seems as though the fictional Despard is pretty close to the real life version. Colonel Edward Despard was indeed a British army officer and colonial administrator, according to Britainnica. He served in a number of locations, including Jamaica and Central America, where he was made governor of Roatán Island off the Honduras coast.

Despard was however a controversial figure, as the nature of his character in Poldark suggests. He was indeed imprisoned in London from 1798 to 1800, but on no specific charge. However, he was apparently thought to have been involved in the Irish Rebellion.

He also met a rather grizzly end when he attempted to organise a conspiracy to murder King George III, and to capture the Tower Of London and the Bank Of England (bold). He was arrested when found out, and eventually convicted of high treason and executed.

This intriguing true story begs the question: will the Colonel follow his pre-destined path in Poldark? I guess we'll have to wait and see!

As mentioned, playing the Colonel is Vincent Regan, who you may recognise from films such as 300, Troy, and Clash of The Titans. Speaking about his role in Poldark, Regan said:

"Edward Despard was a fascinating person and his story fits incredibly well into the world of Poldark," he continued: "Playing him was interesting as he is a real person amongst the fictionalised characters in the series and the fact is that he had a real, poignant story and so I felt there was a gravitas to him that was given to me by history."

"Ned’s story is very much about an historical miscarriage of justice and so there felt a real weight to him."

Poldark series five debuted on BBC One on Sunday 14 July at 9 p.m. and will continue weekly on Sundays at 9 p.m.

More like this
'The Last Of Us' Has Officially Been Renewed For Season 2
By Darshita Goyal
Michaela Coel Has Some *Thoughts* About The Nepo Baby Discourse
By Maxine Harrison
'The Traitors' Is Officially Being Turned Into A Board Game
By El Hunt
Turns Out George Clooney Is A Huge Fan Of This Classic British Game Show
By El Hunt
Get The Very Best Of Bustle/UK
Sign up for Bustle UK's twice-weekly newsletter, featuring the latest must-watch TV, moving personal stories, and expert advice on the hottest viral buys.