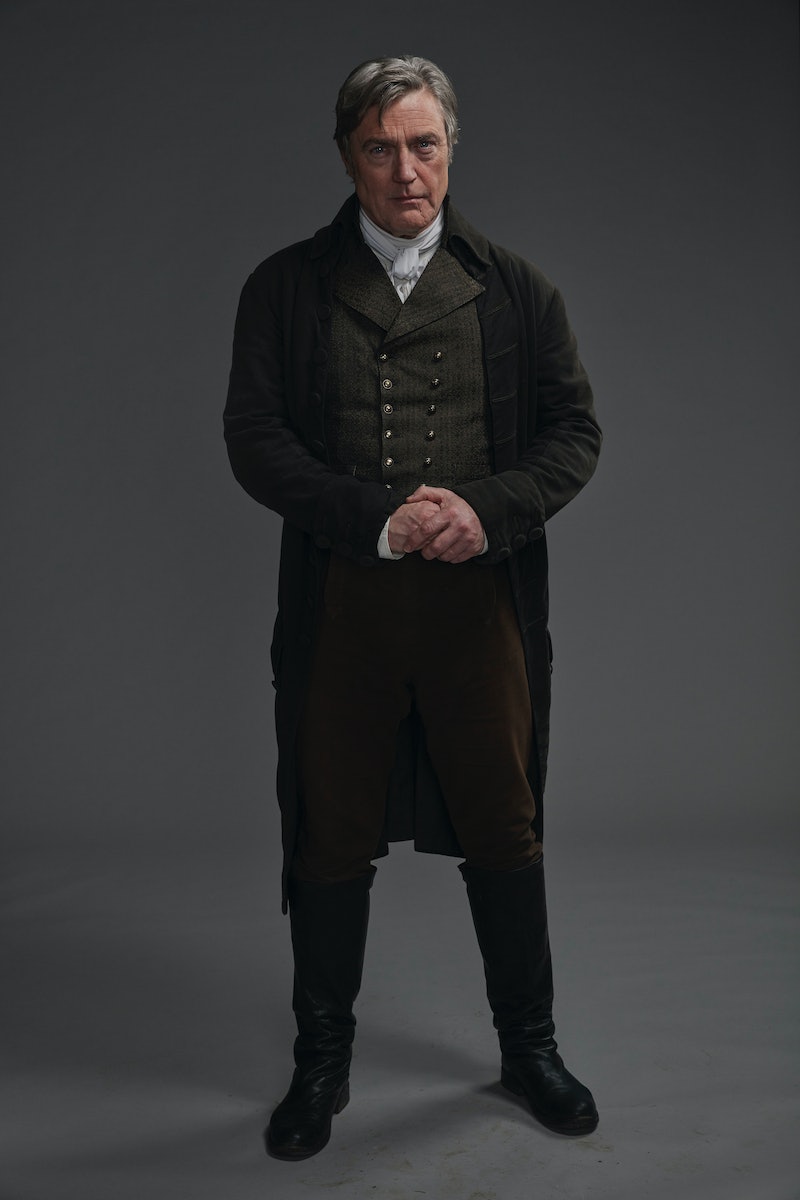 The hit BBC period drama Poldark makes a bittersweet return to television this week as it comes back for its fifth and final series. The last ever season is once again based on Winston Graham's novel series of the same name, and will follow the adventures of Captain Ross Vennor Poldark, who is brilliantly portrayed by actor Aidan Turner. Among returning characters, the cast will also welcome a bunch of fresh faces, including Vincent Regan as Colonel Ned Despard. But who is Vincent Regan? Here's everything you need to know about the Poldark newbie.

According to Empire, Vincent Regan is a British film, TV, and stage actor who was born on May 16, 1965. Regan is perhaps best known for his roles in the Ancient Greece-based films 300, Troy, and Clash of the Titans — and in addition to his big screen gigs, the Poldark star also has over 15 theatre roles under his belt. As displayed on his official portfolio, Regan boasts an impressive amount of television experience, which include roles in ITV's Victoria, The White Princess, BBC's The Musketeers, and according to the Radio Times, the actor is set to appear in the upcoming ITV drama Flesh and Blood.

As mentioned previously, Regan is set to appear in the final series of Poldark as the dynamic and impassioned historical figure, Ned Despard. Speaking to the BBC, the actor described his "interesting" on-screen persona as someone with real "gravitas." During the interview, Regan said, "Edward Despard was a fascinating person and his story fits incredibly well into the world of Poldark. Playing him was interesting as he is a real person amongst the fictionalised characters in the series, and the fact is that he had a real, poignant story, so I felt there was a gravitas to him that was given to me by history."

According to the Radio Times, leading-man Aidan Turner is set to reprise his role as Captain Ross Vennor Poldark for the very last time, and during an interview with the publication, Turner opened up about his final scene with co-star, Eleanor Tomlinson. Speaking to the Radio Times, he revealed, "the very last scene I shot was just myself and Eleanor in the bedroom. So we spent the day in bed together, which was really strange. No love scenes or anything — just having a chat. All day just talking in bed, which felt right. I don’t think we planned it to be that day; it just happened with the scheduling. So that was really quite poignant. I think we were both thankful for that."

According to the BBC, Poldark season five debuts at 9 p.m. on Sunday, July 14 on BBC One. The previous four outings of the hit period drama are currently not available to watch on BBC iPlayer — however, if you were hoping to catch up with this fantastic series, you can stream the first three seasons on Netflix UK.

Poldark series five starts at 9 p.m. on Sunday, July 14 on BBC One.