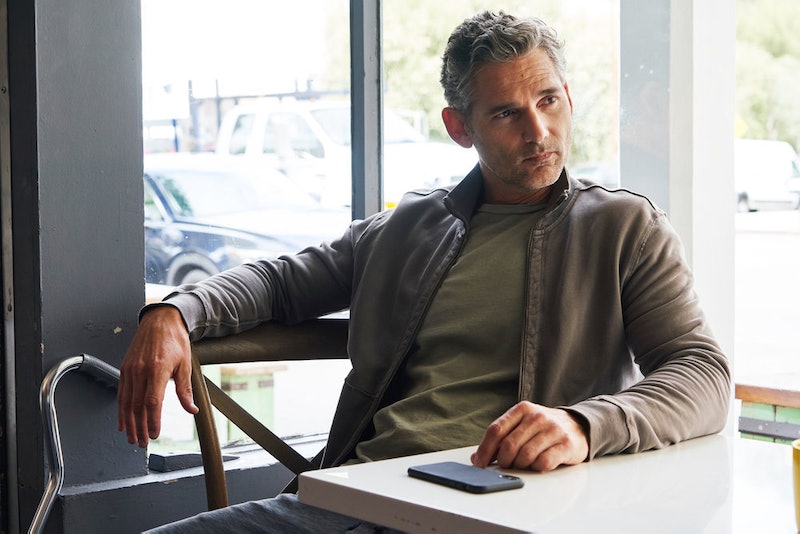 As Dirty John winds down to its inevitable conclusion, the Bravo series is showing John's side of things. In the penultimate episode, "Chivalry," John sets fire to Debra's car on Dirty John. It's an act of revenge that he does to get back at Debra for leaving him. Nothing should surprise viewers about John's behavior at this point in the series, which is based on the true crime podcast and article series from the Los Angeles Times. And it's true that real-life John Meehan did attempt to set fire to Debra Newell's car just like he does in Dirty John.

"Chivalry" really goes into the depths of John's lies since it provides insight into what John was doing in secret while he was wooing Debra. But by the end of the episode, everything has fallen apart and John is desperate. So he takes Debra's car, pours some gas in it and tries to set it on fire. As the episode shows, the police aren't really able to pin this attempted arson on John since he had a key to the car, was still technically married to Debra, and there was no footage of him setting the fire. This outrages Debra's lawyer and this entire plot should feel very familiar for listeners of the LA Times and Wondery podcast that the TV show comes from.

In the fifth installment of the podcast, "Escape," LA Times writer Christopher Goffard outlined the details surrounding Meehan trying to burn Newell's car. As he explained, in June 2016, Newell was living out of hotels and wearing a wig to hide from Meehan. When she went to her office one day, she found that her car was missing. Goffard reported:

"Around 1:00 p.m. on Saturday, June 11, she got there to find her blue, sport model, 2015 Jaguar XF was missing from the lot, a $64,000 car. Two days later, the car was discovered in front of a business a block away. It reeked of gas and there was fire damage to the seat and doors and there was a gas can in the car. Whoever had attempted to torch her car had done an inept job. The windows were rolled up and the doors were closed. The fire had extinguished itself for lack of oxygen."

"Grainy surveillance footage showed John, in jeans, crouched behind the bushes, watching the car, waiting, that Saturday morning and it showed him come back about an hour later, wearing gloves and a painter's uniform," Goffard continued. "Police talked to John, who admitted that he had taken the car that Saturday, but insisted that he had done so with Debra's permission and had then returned it unharmed. This was not a full admission of guilt, but a stupid thing to say. It put a man, who lived out of state, at the scene."

At the time, Meehan was technically living in Henderson, Nevada — not Orange County, California — with Goffard reporting that Newell bought a home in Nevada to create distance between her husband and her disapproving children. Newell's lawyer Michael R. O'Neil, whom she hired to help her get an annulment, thought that if Meehan was convicted of the alleged arson, they may have a chance of getting a restraining order against him.

But the police were not able to connect Meehan to the crime. "I kept talking to Irvine PD; they couldn't do anything. We have a video, we know he did it," O'Neil said on the podcast.

About two months later, Newell wouldn't need a restraining order from Meehan anymore. But that will all play out in the finale of Dirty John on Jan. 13. And while no one was thankfully hurt when Meehan vandalized Newell's car, the same can't be said for his future acts of intimidation.