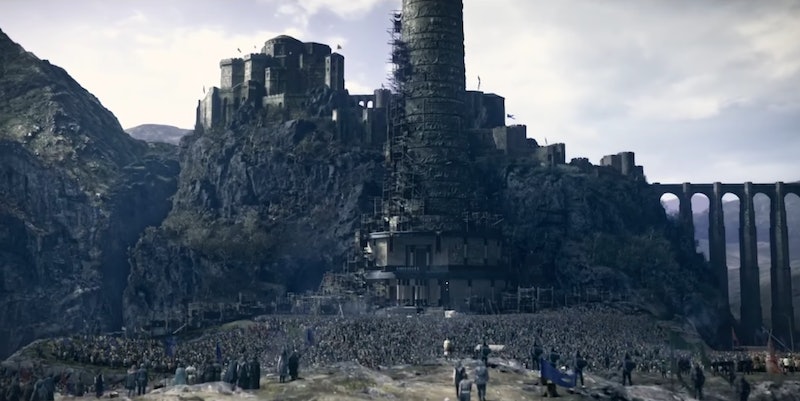 May 12 marks the release of King Arthur: Legend of the Sword, a film that follows a young Arthur around the streets of Londinium, where he discovers his royal strengths. Obviously, the story is mostly fantasy, but was Londinium ever a real place? The trailer showcases majestic landscapes that us living today can only dream of, and as it turns out, this seemingly mythical Roman settlement was actually a real place in the mid-first century.

The once-largest city in Great Britain during the 1st century is brought back to life in Guy Ritchie's film King Arthur: Legend of the Sword. Sadly, Londinium only thrived throughout the Roman period, according to Museum of London. Sometime between the years 190 and 225, the Romans built a defensive wall around the city which later defined the perimeter of what is now the City of London and occupied about 45,000 people. So while it may not ever be totally clear whether King Arthur was a real person or not, I can assure you that Londinium was a very real place.

Now the town's being reimagined with actors like Charlie Hunnam, who plays King Arthur, and Jude Law, who plays Vortigern, in the ultimate face-off in the new movie. Fans will get the chance to relive those medieval times as imagined by the team behind the film.

This summer is already promising to be action-packed and full of adventure, with King Arthur and its half-real, half-fantasy setting leading the pack.