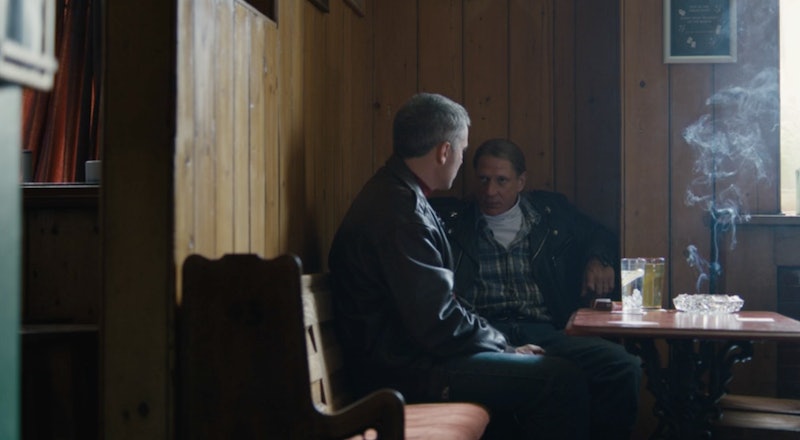 A gameshow scandal that rocked the nation is the subject of ITV's latest drama Quiz. The series follows the story of Charles and Diana Ingram, who, along with accomplice Tecwen Whittock, were accused of cheating their way through Who Wants to Be a Millionaire? using a secret coughing code. In the three-part drama, viewers are introduced to a lesser-known gameshow scam known as The Syndicate, in which gameshow fanatics band together in an attempt to secure the show's top prize. And if you're itching to find out more, here's everything you need to know about Quiz's The Syndicate.

What is The Syndicate?

In Quiz, The Syndicate is a group of small-town, middle-class Who Wants To Be A Millionaire? enthusiasts who strive to land a spot on their favourite ITV quiz show and assist one another to ensure they walk away with hefty sums of money. When a member of the group is successful in their endeavour, they agree to split their winnings with fellow members of the so-called Syndicate.

Is The Syndicate based on a real-life organisation?

As confirmed by Quiz writer James Graham in a statement sent to Bustle UK, The Syndicate is indeed based on true events. However, the real-life group was referred to as the Consortium. Speaking on the Final Answer podcast, Graham described the Consortium as a "relatively professionalised organisation" created by "quiz obsessives" who had a deep love of all things Who Wants To Be A Millionaire?

Speaking about his decision to look into this group, Graham said: "I was just so charmed by the notion of normally quite reserved, polite people, often majority middle class in the south of England, quiet villages, becoming obsessed by this game show. And becoming so determined to crack the formula about how you get on and how you win. It does speak in a way to something peculiarly British. There is something competitive in our instincts throughout history, whether it’s wars or game shows today, that drives us a lot."

Who was in charge of The Syndicate?

As explained in the statement sent the Bustle UK, the Consortium was run by Paddy Spooner. Originally from Hampshire, Spooner went on to become the only person ever to appear on Who Wants To Be A Millionaire? in three different countries after landing spots on the UK, Irish, and Australian versions of the hit gameshow. This may suggest that Spooner and his organisation made even more attempts to hack the system than those we see in Quiz, which focusses only on the UK show.

Spooner ran the underground fan network alongside a man named Keith Burgess. The pair met when they were both constants on Ireland's Millionaire show.

How did The Syndicate work?

Following multiple Millionaire appearances, both Spooner and Burgess allegedly developed a process which allowed them to manipulate the show's application process. As Graham explains:

"[The Consortium was] a series of expert quizzers and talented individuals who both grew to understand ways in which you could manipulate the phone line system to be selected to go on the show and then offered a bespoke service to clients who hired them to help them get both ‘chair-wise’ as they called it – how to work out being in the chair and to play the game – and also, infamously, the phone-a-friend being diverted to this special secret room which we depict in the show and did exist."

In exchange for their help, the Consortium would reportedly receive at least 25% of their "client's" winnings.

However, speaking to The Sun, Burgess revealed that, after their scheme was eventually uncovered, the Met Police "weren't interested" in investigating the case — a stark contrast to Charles and Diana Ingram's experience, after which the couple stood trial and were found guilty of conspiring to cheat the show.

Burgess commented on the Ingram's infamous coughing scandal, expressing his view that Charles and Diana "cheated so ridiculously," but that, without the Consortium, "the Ingrams wouldn’t have existed."