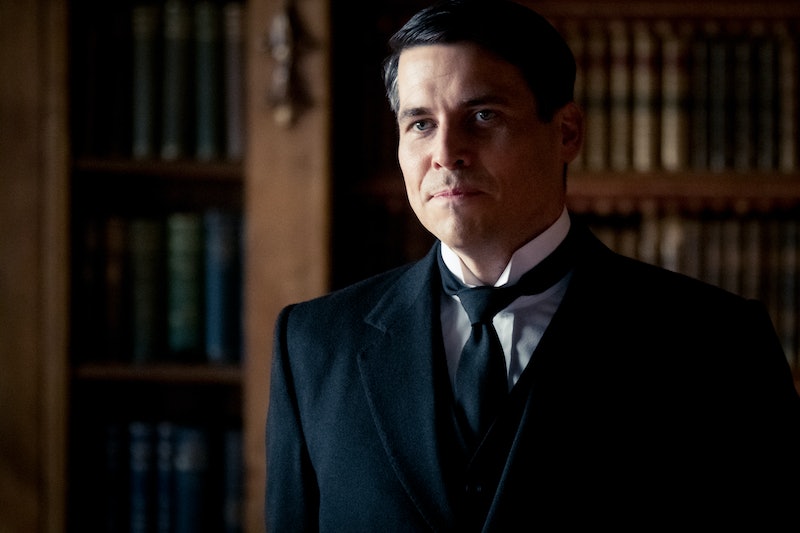 Mild spoilers ahead. The Downton Abbey movie centers around a royal visit, but for one formerly evil butler, there are other things to explore. In the new film, Thomas Barrow (Robert James-Collier) gets to visit a gay bar called Turton's. And for a short while before the police show up, he gets to have some fun and be himself, free of prejudice and repression. But did such a place ever really exist?

When the royal visit is announced, Thomas, who is now head butler, is given a couple days off by Mary (Michelle Dockery), because she decides to bring Mr. Carson (Jim Carter) out of retirement for the big event. So, Thomas decides to use some of his free time to go out for drinks with King George V's valet, Richard Ellis (Max Brown). When Ellis doesn't show up at the bar on time, Thomas agrees to go with another man he meets to a second location. (He's having a real night out on the town for once!) The place the man takes Thomas to is in an old building that says "J & J Turton's Warehouse and Offices" on the door. But once they're inside, Thomas sees that it's a secret bar filled with gay men drinking, dancing, and generally having a good time.

"He discovers this new world that he’s never been privy to," James-Collier told Bustle during a set visit in October 2018. "So, his eyes are completely open to this world that he didn't know existed. He can finally for one night be free and be who he is. And he has a great old time until the cops come rumbling in."

Ellis, being a member of the royal family's staff, is able to get Thomas out of jail following the police raid using his royal identification, but the same can't be said for the rest of the men who are arrested.

Turton's wasn't a real bar, but there were plenty of bars like it. A Vice article about the history of UK gay bars notes that 18th century spaces for gay men to meet that were known as "molly houses" are well-documented, but that similar meeting spaces existed long before that. Historian Peter Ackroyd told the Guardian in 2017, "As a percentage of the population, there were as many gay bars in 18th-century London as there are today."

In 1912, a bar called The Cave of the Golden Calf, Britain's "first 'gay bar', as we know it today", opened in London, but it was around for only two years. As Vice explains, for those who were poorer, the meeting places were more subtle. Downton Abbey is set in Yorkshire in 1927 and the bar Thomas goes to was frequented by working class men like himself. It adds up, then, that it would be in a disguised location.

Of course, this would mean that raids like the one shown in the film really happened, too. The London Review of Books' article about Queer London by Matt Houlbrook tells the story of a raid of a ballroom in 1932 in which 60 people were arrested.

It wasn't until the Sexual Offenses Act of 1967 that homosexual relationships were decriminalized, but that did not mean that there was full equality in Britain. People were still arrested and charged with crimes related to their sexuality in the decades that followed.

Downton Abbey takes place years before real legal change happened, but for Thomas, it ends on a somewhat positive note. He shares a kiss with Ellis, and they agree to keep in touch. While Thomas is not hopeful about being accepted by everyone, he's relieved to have seen firsthand that he is not alone.