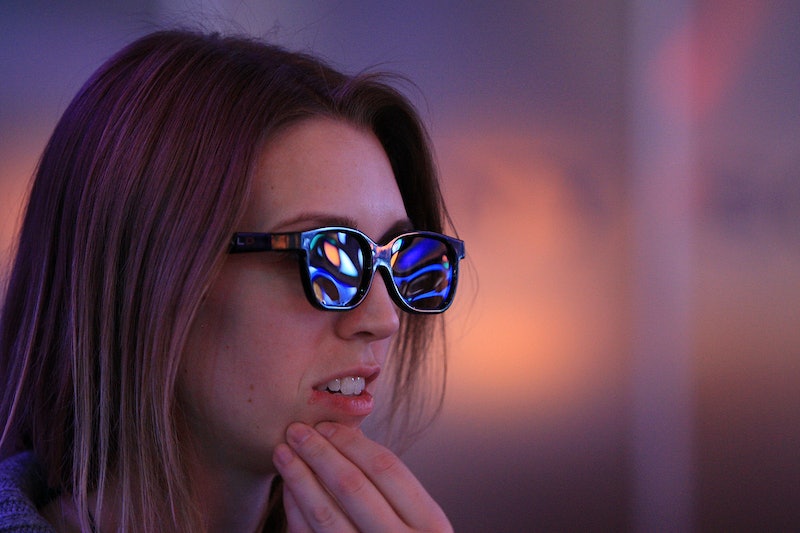 Having a 9 to 5 job in 2019 often means a lot of sitting in front of a computer. And in recent years, countless studies have dubbed sitting as the new smoking in terms of harm to your health. Now, new research suggests that not all sitting is equally bad for your health. According to a study published in the Journal of the American Heart Association, sitting at work is not as bad as sitting in front of the TV. The study explored the sitting habits of 3,592 Black people (who have a higher risk for developing cardiovascular disease than other populations), and monitored their health for eight years.

During that time, 129 study participants experienced cardiac events and 205 died. The study found that sitting at work was not associated with an increased risk of cardiovascular disease, but sitting in front of the TV for more than four hours a day increased the risk by 50%. If this like a big jump, researchers said it's actually the behaviors associated with these different types of sitting versus the sitting itself. So, no, television is not going to give you a heart attack. But if you engage in other unhealthy activities while watching TV, you could be at an increased risk for cardiac episodes, no matter your race.

For example, I get up from my desk and go outside to go for a walk a few times a day. I do not get up from the TV and go outside. Researchers noted that getting up from your desk often can mitigate some of the negative effects of sitting, which may be another reason why sitting at work isn't as bad as sitting on the couch in front of the TV.

"The discrepant risk conferred by TV viewing and occupational sitting could also be partly attributed to differences in the pattern of sedentary time accumulation (sitting on a couch for hours at a time versus frequent breaks in sedentary time to go to the copier, visit coworkers, etc.)," the study suggested. In addition, people who sit for a living and work in offices were more likely to spend time outside. I can only speculate from my own experience that this is because being trapped at a desk indoors all day can be sort of soul crushing.

"Participants who reported spending more time sitting at work had higher levels of leisure‐time [moderate vigorous physical activity] or MPVA, a healthier diet, and were less likely to be current smokers or heavy alcohol consumers," the study reported. "Conversely, participants who reported longer daily TV viewing were more likely to smoke, be heavy alcohol consumers, have an unhealthy diet, and poor levels of leisure‐time MVPA; suggestive that the link between TV viewing and poorer health habits could be a contributing factor."

The study concluded that aside from examining the implications of sitting at work, research should also focus on the negative implications of sitting-based leisure activities that often go hand in hand with other habits that can be detrimental to our health. "Future studies examining patterns of sedentary behavior and sedentary breaks during both leisure and occupational time may be needed to elucidate the differential risks conferred by various types of sedentary behavior," the study noted.

This doesn't mean you have to deprive yourself of the final season of Orange is the New Black. But if you're able to exercise, remember that it's important to move your body, just as it is throughout the rest of your day.