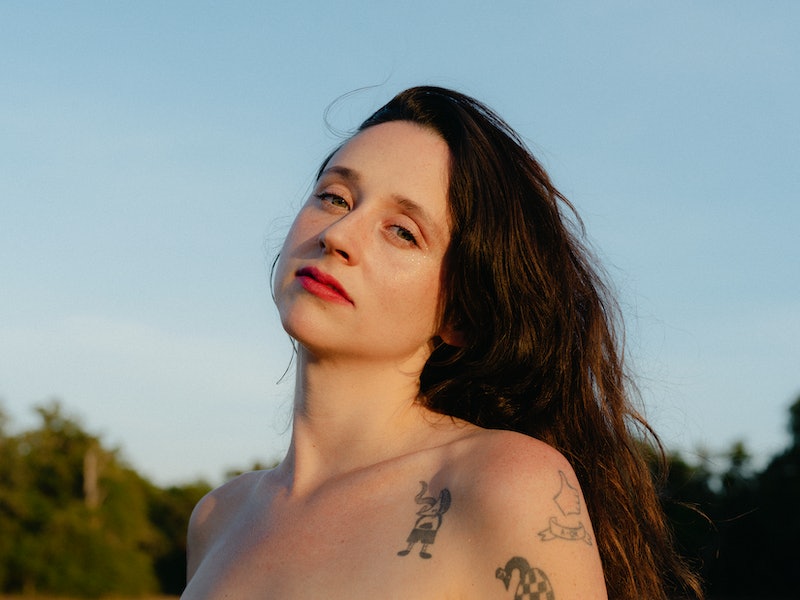 Like many touring musicians, Katie Crutchfield didn't fully grasp the reality of the coronavirus pandemic until mid-March, when she was forced to postpone her tour. “My touring income is how I really make a majority of my money,” the singer better known as Waxahatchee says from Kansas City, Missouri, where she’s self-quarantined with her boyfriend, musician Kevin Morby. “So that’s obviously going to have some effect on my life.”

When we speak a week before the March 27 release of her fifth album Saint Cloud, Crutchfield admits that despite her financial concerns, she takes solace in knowing she’s not alone. “Every single person is scrambling,” she says. That’s why she’s decided not to let the unforseen circumstances of dropping an album amid a global health crisis get her down. “We have to just accept that the outcome is a little unknowable,” she says. “And we have to throw ourselves into the unknown.”

Crutchfield did just that with her new record, which she began writing soon after she quit drinking. Saint Cloud, named in honor of her dad’s Florida hometown, is “my favorite thing I’ve ever made,” Crutchfield says. For the first time in her career, the Alabama-born singer wore her country music-loving heart on her sleeve and channeled her alt-country hero Lucinda Williams. While her previous albums were “claustrophobically emotional,” there’s a calm to Saint Cloud. “There’s some distance. It’s not as urgent in a lot of places,” she says. “There’s some perspective.”

There’s also a sense of joy. You hear it in her full-throated refrain of “I want it all” on “Oxbow” and on the sweetly unsentimental love song “Can’t Do Much” when she stubbornly admits, “Love you til the day I die/ I guess it don’t matter why.” “I think that you hear that [joy] because that’s how I was feeling when I was making it,” Crutchfield says.

That might be surprising to hear since the album’s main themes are addiction, codependency, and the ups and downs of staying sober, but Crutchfield trusted in the process. “So much of recovery is just suddenly being faced with all of your stuff,” she says. “All of your problems. All of the things about your relationships that don’t work, but mostly what doesn’t work in your relationship with yourself.”

Sobriety isn’t a straight path forward, and the album’s first single “Fire” is about the shame Crutchfield felt after backsliding into bad habits. She considers the track “a personal pep talk,” but it sounds like her version of the Serenity Prayer used by Alcoholics Anonymous and other 12-step programs. The prayer asks for “the serenity to accept the things we cannot change”; on “Fire,” Crutchfield asks for the serenity to accept that she can’t predict her future. “I can learn to see with a partial view,” she sings. “I can learn to be easy as I move in close to you.”

After giving up alcohol nearly two years ago, Crutchfield exercised regularly, drank more water, and stopped using social media. (Her management runs her accounts.) She also looked to her sober friends for support. “Sobriety can be a really fragile thing for a lot of people,” she says. “It helped so much in my early days of getting sober to look around and see other sober people that I admired.”

Social distancing can be isolating, particularly for those in recovery, which is why Crutchfield and Morby started streaming free Thursday night concerts on Instagram where they play their hits, take requests, and occasionally cover blink-182. They performed a pre-release show on the eve of Saint Cloud’s release and want to make the home concerts a weekly occurrence for the duration of their quarantine. “We’ve been getting such positive feedback so we thought, ‘Let’s just keep going.’ It’s feeling really good,” she says.

Crutchfield also turns to astrology to help her feel balanced. The proud Capricorn — it’s the first descriptor in her Twitter bio before “manifestor” and “singer of Waxahatchee songs” — swears by the skills of her astrologer, Bradley Wills, an Asheville, North Carolina-based reader known as Cumulus. “Basically, he’s amazing,” she says, “and has accurately predicted a lot of things for me.” That includes her March 27 release date, which he told her would be a “very powerful day.” He also told her a week in July would be an important time for her; it ended up being the same week she recorded the album.

“It’s funny, unless he’s googled me, he doesn’t know my deal,” she says. “He literally just has my birth chart.” He records 45-minute reports for her that she listens to like podcasts. "He has the most soothing amazing voice."

Crutchfield knows some find astrology frivolous, but she feels a deep connection to her zodiac sign. (Dolly Parton is also a Capricorn, another point of pride for Crutchfield.) She even sees the role her sign plays in her music. Those born between December 21 and January 19 are straight shooters, which is why she never questioned the decision to talk about her sobriety. Using her music to talk about her sober journey “feels sort of like I’m not fighting with anything” — it feels freeing.

Crutchfield wrote Saint Cloud in a state of flux when she wasn’t sure she could even write an album without a drink. But she did, and she hopes these 11 songs will provide a bit of comfort throughout the current COVID-19 chaos. “It’s a hopeful record,” she says. “It’s got a hopeful message and people need that more than ever right now.”

Saint Cloud is available to buy or stream now.