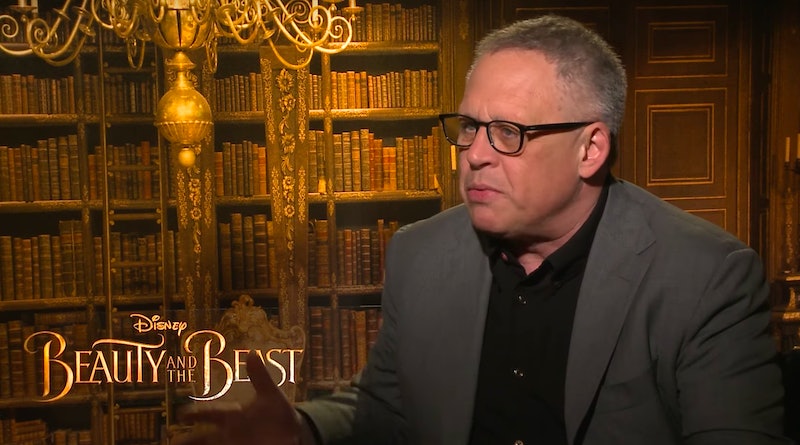 It isn’t an easy task to reimagine a classic Disney film for a new generation. But this is what Bill Condon, the director of the upcoming Beauty and the Beast live action remake, out March 17, signed up for. The director, whose credits include the Patrick Stewart-led Mr. Holmes, the final two Twilight films (Breaking Dawn parts 1 & 2), and Dreamgirls, has brought to life the beloved children’s tale with Emma Watson and Dan Stevens in the leading roles. When I sat down with the director during the Los Angeles press day for the film, I was curious to know what he thinks about Belle as a heroine in 2017.

"It was so groundbreaking in '91 that she wasn't just interested in finding her prince," Condon tells me of the original animated film. "But now, not only does she like books more than boys but she wants to share that knowledge with other little girls. She wants to teach them how to read. She wants to invent something that gives them more time in the day to be able to explore their education. She's an activist," he says.

This description of Belle sounds a lot like Watson (bookish, feminist, an activist) herself. With this in mind, I wonder if Watson is unlike her character in any way. "She has an occasionally goofy sense of humor," the director shares. "She really gets into big laughing jags." While Belle is many things, a comedian is one thing she certainly isn't.

One of the most memorable scenes in the film comes at the very end. After the (spoiler alert) beast and household appliances are turned back into their human form, there is a grand ball where everyone reunites as flesh and blood once again.

"That was my favorite day on the set. We are on this beautiful ballroom set. We are celebrating Belle and the Beast's love. Everybody's in gorgeous costumes, and everyone is dancing in unison," Condon says. "It was the first day that we were all together. Just looking around, everywhere you looked there was another huge, huge star, and they were all enjoying each other so much. It was one of the most beautiful days I've spent on a set."

And to celebrate the occasion, Watson had a grand idea. "At the end of it Emma Watson said, 'Let's all dance.' So we played Pharrell and everyone went crazy," he says.

Now that sounds like a party not to be missed.