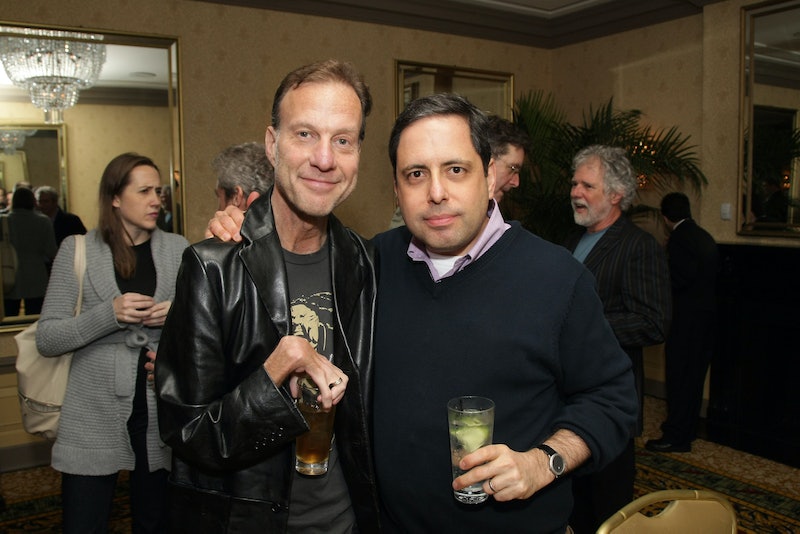 If you didn't know who Serge Kovaleski is a year or two ago, chances are you do now, thanks to Donald Trump. A quick online search will tell you, up until the 15th page of results and beyond, a story you've already heard a million times: In the winter of 2015, Trump appeared to mock Kovaleski, an investigative reporter for The New York Times who has arthrogryposis, a congenital disability that affects the joints' structure and function.

While Trump's behavior is inexcusable and perpetuates harmful stigma against people with disabilities, the way many people have talked about (and, ironically, defended) Kovaleski has also become problematic. Kovaleski is much more than just his disability, and yet many social media posts that talk about Kovaleski don't even use his name. In fact, much of the conversation about Trump's mimicry of Kovaleski's disability has been reduced to, "Did he or didn't he mock a reporter with a disability?" It's a back-and-forth debate that, honestly, shouldn't even be a question.

It's no secret that our president-elect is known for making offensive remarks against multiple marginalized communities — including women, people of color, and undocumented immigrants. It has given me hope to see social justice movements coming together to fight against Trump's values, rhetoric, and potential policies that would harm millions of Americans.

That being said, unfortunately, I've rarely seen disability issues incorporated into intersectional platforms like that of The Women's March, despite the fact that disability is one identity that can affect anybody at any point in their lives.

Instead, we've limited the discussion of disability this election season to Trump's imitation of Serge Kovaleski. During her Golden Globes speech earlier this month, Meryl Streep castigated Trump for disrespecting a "disabled reporter," without once mentioning Kovaleski's name or his affiliation with The New York Times.

While I think it's fantastic that Streep decided to use her platform on stage to speak out against the president-elect (soon-to-be president and Commander-in-Chief of the United States, I might add), she noted that Kovaleski did not have "the capacity to fight back" — a statement that many people in the disability community believe further alienates people with disabilities and reduces them to a subject of pity.

And yet, as I mentioned, Serge Kovaleski is more than his disability and shouldn't be seen as merely a victim of Trump's bullying. Kovaleski is a longtime investigative reporter who's worked with The New York Times, The Washington Post, and New York Daily News, just to name a few. Kovaleski's journalism career spans more than two decades, and in 2009, he won a Pulitzer Prize for his investigation on former congressman Eliot Spitzer, who allegedly used campaign funds to pay for meetings with prostitutes.

As a journalist, I understand that a story about the nation's future president openly making fun of someone with a disability is highly newsworthy because of the nature of that person's identity. But this particular incident is far from news anymore. In the process of trying to stand up for Kovaleski and protecting his rights to basic human decency, we have narrowed his own humanity down to his disability, which is just one aspect of who he is.

And if we have to talk about that incident, there's a lot more about Kovaleski's and Trump's relationship that demands attention than Kovaleski's disability. After Trump was heavily criticized for his actions, he went on a Twitter rant and posted a statement, saying, "I have no idea who this reporter, Serge Kovaleski is, what he looks like or his level of intelligence." However, according to Kovaleski: "Donald and I were on a first-name basis for years. I've interviewed him in his office. I've talked to him at press conferences."

Trump claims to have "one of the all-time great memories," but he says he doesn't remember meeting Kovaleski. This tells us a lot about the way Trump treats other people, particularly journalists that he's supposed to have known for years up to this point.

Ultimately, we need to stop thinking of Serge Kovaleski as "that disabled reporter Trump mocked" without considering the individual behind the label. Simply calling Trump a monster isn't productive, especially since we already know his use of bullying tactics to intimidate people who try to hold him accountable. Only when we are able to move on from a single incident and think about the larger implications of Trump's mistreatment toward others, including but not limited to people with disabilities, can we move forward in the fight to stop him.

More like this
Iran Has Issued A Death Sentence Over Mahsa Amini Protests
By Catharina Cheung, Darshita Goyal and Maxine Harrison
Buckingham Palace Aide Resigns Over “Unacceptable” Comments To A Black Guest
By Shahed Ezaydi
Joe Lycett Just Took HIs David Beckham Qatar Protest To A Whole New Level
By Sophie McEvoy
Footballer Jake Daniels Shared His Thoughts On A World Cup Boycott
By Sam Ramsden
Get Even More From Bustle — Sign Up For The Newsletter