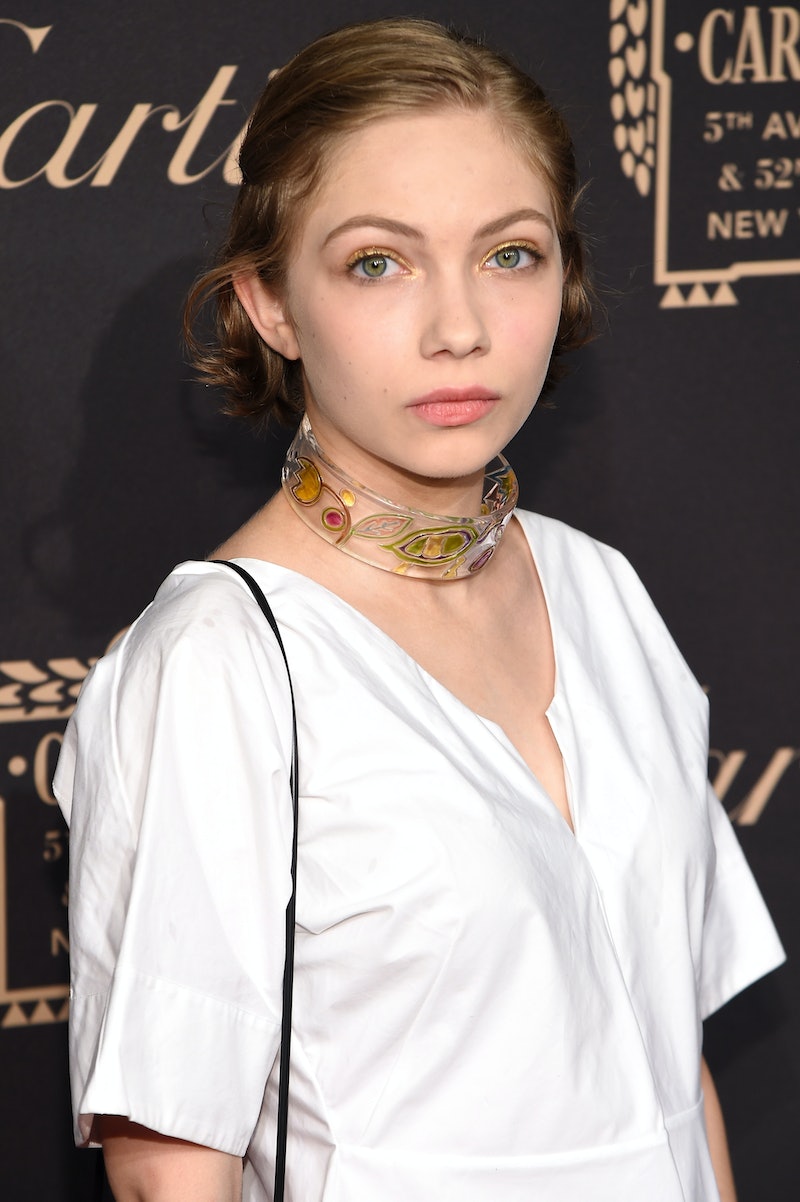 In Hollywood movies, teen girls tend to be written as one of two things: gossiping, boy-crazy ditzes, or angsty, eye-rolling outcasts. Sure, a few films break the mold (last year's brilliant The Edge of Seventeen, for one), but by and large, teenage girls get the short end of the stick when it comes to being portrayed realistically in film. In the new movie Person to Person, though, the character of Wendy (Tavi Gevinson) is a true rarity, an adolescent girl whose emotions and desires are too complex to fit her into any one box. And for Gevinson, only recently out of her teens herself, playing such a real character was a special experience.

"She feels like a younger version of me a little bit," the actor tells me about Wendy, sitting alongside her co-star Abbi Jacobson at the Sundance Film Festival. "She’s so intense, and... obviously depressed, and that feels more like me in high school than me now. I was very drawn to Wendy."

One scene, in which Wendy discusses the all-too-real conundrum of wanting to feel life deeply but not overanalyze it, was a stand-out for Gevinson. "I feel like that’s something I think about in relation to acting all the time," she explains. "Because it’s balancing being inside an experience and wanting to make sure you’re doing it 'right'... that’s so rich to me."

For Jacobson, Wendy's emotional state feels wholly relatable, even at 32. "Even now, I have friends who are always... just clearly experiencing in a different way, where it doesn’t feel as analyzed all the time," she says. "I feel like I'm the other."

In Person to Person, Jacobson plays Claire, a newbie crime reporter thrown out of her comfort zone into a murder investigation. It's a role as different from Jacobson's "Abbi" on Broad City as it gets, which, the actor says, was a totally purposeful choice. "Lately, I’ve been doing things that really scare me in a way where I’m not comfortable," she explains. "I really want to do things that are scary and are challenging in a certain way, and different than the Abbi on Broad City."

But, she adds, "I still want to get to do funny comedies... on Broad City, I get to play a heightened version of myself and the big goal is what’s the most funny. We can talk about a lot of different things, but at the end of the day, we’re really trying to make a hard comedy. So when I do other things, it’s hard. I want to still be able to do that, but in a different way."

Both Jacobson and Gevinson get to show different sides of themselves in Person to Person, but they know they're lucky; they're white, privileged women allowed to show off their voices and get their stories told, while artists of color tend not to have those opportunities. "I want there to be more representation for everyone, and I also think that part of that is that when there’s a character who's of color, or queer, or what have you, they don’t have to represent everyone in that demographic," Gevinson explains. "Because I feel like now, you have these few projects by filmmakers who are not white or male, and then all this pressure falls on them."

Jacobson nods her agreement as Gevinson continues. "I really think you can only speak from your own experience, and I want more people to be able to do that without all the pressure," the 20-year-old says, adding with a laugh, "No one’s ever like, why didn’t Ryan Gosling in La La Land represent all white men?"

It's an important question, and one that both Gevinson and Jacobson are passion about tackling. Luckily, both ladies are working hard both in front of the camera and behind-the-scenes these days, in order to make their movies as realistic and heartfelt as possible.