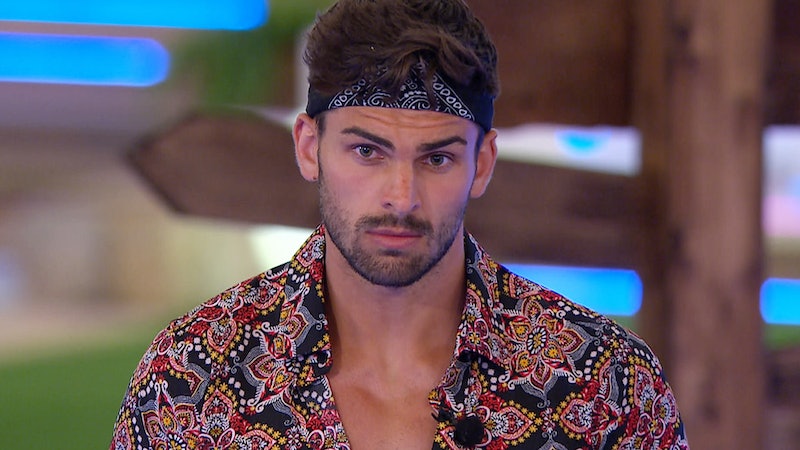 Despite what its name suggests, few things unite the UK. At a time when Brexit is pitting a lot of people against each other, who knew a reality TV star would be the thing to bring us all together? Like Eyal, Love Island's Adam is a divisive presence in the villa, but the public are largely united in their dislike of him and his toxic behaviour. But who is the real Adam? I went undercover on Love Island's Adam Collard's Instagram and the insights were fascinating.

First of all, what's the beef with Adam? Well, he pits girls against each other, expects them all to fancy him, is indignant when they don't pay him attention or affection, and prefers it when they're jealous. Last night he also appeared to get intimate with Rosie, before dismissing their relationship to new arrival Zara. But perhaps viewers shouldn't be surprised by Adam's behaviour, as the signs were apparently there all along. I spoke to psychologist Honey Langcaster-James about his Instagram to find out what Adam was like before he went into the villa.

Studies show that your social media presence can say a lot about your state of mind. And it turns out Adam's Instagram account holds more than a few clues to his personality. Langcaster-James warns that a social media snoop is by no means a sure-fire way of sussing out someone's mindset, but paired with Adam's Love Island antics, it gives a pretty good picture.

First up is Adam's gym habit. It's not surprising that his account is fitness focused given that he's a PT in real life, but I must say I was rather taken aback by just how much he loves a topless pic. But beyond confirming he has an eight pack and prefers it to be shinier than Jack's smile, what do these pictures tell us? Well, quite a lot. Over to Langcaster-James.

"It’s interesting to see that Adam’s Instagram profile, prior to his appearance on this year’s Love Island, consisted of a lot of images of him working out in the gym. Psychologists have studied what your social media accounts reveal about you and your state of mind. There are some preliminary findings which suggest that those who include a lot of gym and fitness related images, or post copious pictures of their bodies in workout gear, may be higher in traits like narcissism, compared to most people," she says.

Adam has certainly proved he's got a bit of a fixation with himself, as his treatment of most recent Love Island dumpee Kendall shows. He wasn't happy when she put herself first by asking him to respect her boundaries and take things slow, but as soon as he'd kissed new arrival Rosie, forcing Kendall to make her attraction to him more obvious, (and thereby making him the centre of her attention) he was chuffed to bits.

Last week, Adam controversially branded Rosie materialistic because she told him she'd rather get a new handbag as a gift than be taken on holiday. But according to Langcaster-James, the fact that the PT is something of a selfie king when it comes to Insta snaps suggests that in fact he could be the superficial one.

She explains: "We should always be careful not to assess people too formally on the basis of their social media profiles because people do use their profiles to present a particular image for career purposes, however Adam’s previous posts seem to suggest that he has a preoccupation with his own physique and appearance.

"This kind of over-focus on superficial characteristics can reveal itself in other ways in someone’s behaviour. Someone who focuses very heavily on their own appearance is likely to also focus on the appearance of others. They may also place less importance on qualities that other people hold dear, such as honesty, integrity, compassion and thoughtfulness."

That definitely sounds a lot like the kind of person who would "mug off" not one but two great girls in Kendall and Rosie doesn't it? And it's not just his pics that shed light on Adam's character, Langcaster-James has analysed his captions and says that Adam might care a little too much about winning.

"Some of Adam’s comments on his Instagram profile show that he places a lot of value on winning and competing," she comments "It’s possible that his behaviour on Love Island reflects the importance he seems to place on appearance, and winning at all costs.”

So Adam, if you're hoping to take home the Love Island crown this year, you may want to swap the work outs for a little work on your attitude and start respecting the honesty, integrity, compassion, and thoughtfulness of the girls in the villa.