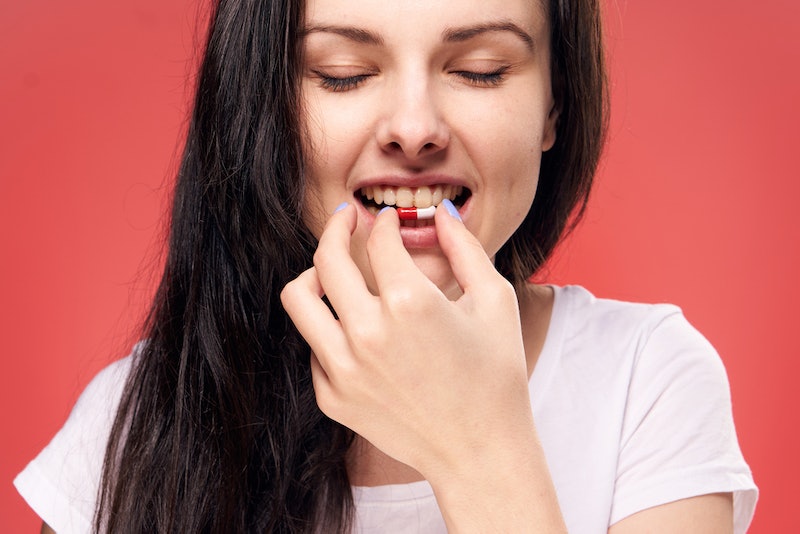 Remember the 2011 film Limitless starring Bradley Cooper? The one where he's given a brain-enhancing drug that transforms him from a demotivated author to a super successful financier? Well, it turns out those drugs may be real and may be about to take over the world. What are all natural nootropics, I hear you ask? Well, let me introduce you to a thing called science.

A nootropic is the name of any substance that is believed to enhance cognition and memory, and assist with learning. They have been around for decades in the form of prescription drugs like Adderall and Ritalin (which are both intended to treat ADHD) and Modafinil (used for narcolepsy), leading to the nickname "smart drugs" in the tech and student worlds. In 2016, the American Medical Association "adopted new policy discouraging the nonmedical use of prescription drugs for cognitive enhancement in healthy individuals," stressing the lack of research into long-term use. Experts stated that results were variable and "modest at best." With that came a new batch of nootropics. The all-natural kind. These supplements claim to do the same thing as the prescription drugs, but don't require a doctor's permission.

As Healthline reports, several natural nootropics are available on the current market. (And yes, caffeine is one of them.) Most are combined with a bunch of other herbal ingredients and sold as single capsules. Some are sold alone in powdered form. L-Theanine is the latter. Described as "a naturally occurring amino acid found in tea," one study published in the Asia Pacific Journal of Clinical Nutrition found consuming just 50mg of it can boost alpha waves (in other words, creativity) in the brain.

Ginkgo biloba is another common nootropic found down your local Holland & Barrett. It refers to extracts taken from the leaves of the tree by the same name. This supplement appears to have some of the strongest effects with Healthline stating that healthy adults have experienced improved memory and mental processing after a six week dose. A study published in Journal of Physiology and Pharmacology also found that levels of the stress hormone, cortisol, decreased after taking ginkgo biloba before a particularly stressful activity.

Bacopa monnieri is also a nootropic you may come across on the British high street. It's an ancient herb traditionally used in Ayurvedic medicine and has been linked to a reduction in reaction times and the speeding up of information processing in the brain.

Experts admit that there is little evidence to prove nootropics provide any substantial benefit, though there might be a strange reason why. "It appears that funding for drug-based studies on healthy individuals fails to attract typically medical-oriented grants and awards," Oxford researchers Ruairidh Battleday and Anna-Katherine Brem told Business Insider. So don't expect any Limitless-like scenarios just yet.

However, this hasn't stopped the market growing. A recent report estimated the nootropics industry to be worth just over £1 billion in 2015 with expectations that it will rise to over £4.5 billion by 2024. This may have been helped by the number of individuals espousing the nootropics lifestyle.

A quick Google will bring up countless health-focused blogs promoting various nootropic supplements. Even journalists have got in on the act. A writer for Well+Good tried the natural stuff for a week and admitted to feeling "intensely focused" both in the office and outside work. "My afternoon slump doesn't appear like it usually does," she wrote.

There is a small ethical question of ethics overhanging nootropics. If they really do work, will some people be at a complete disadvantage in life? If half of your office is on a performance-enhancing supplement, will you be at risk of being let go for not keeping up? Take one look at the price of some of the supplements and your mind will balk. They can hardly be described as accessible to all.

At current standards, natural nootropics appear to be nothing more than just another lifestyle fad. But with further research, they could well be the destiny of the human race. Whether or not that's a good thing, only time will tell.