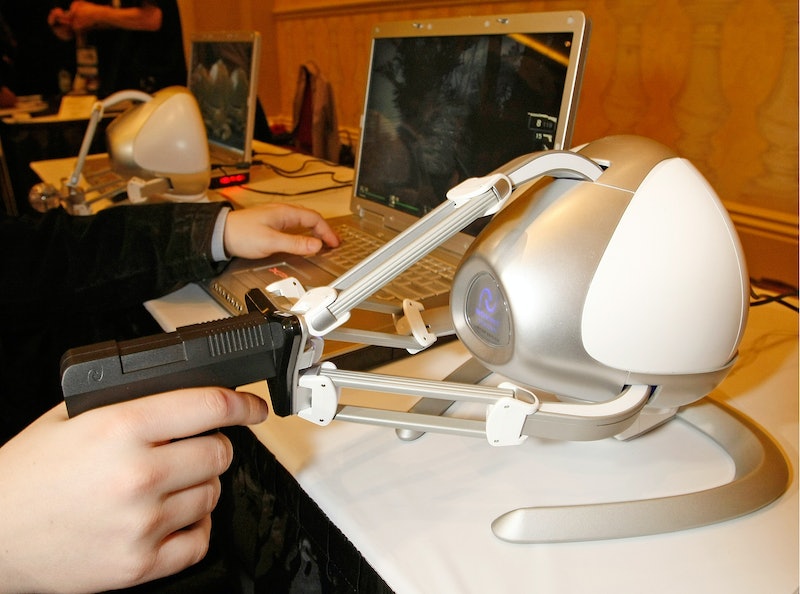 In the near future, Americans will be soon have access to downloadable guns, 3-D printed weapons that will work the same way normal weapons do. There will be a few essential differences to 3-D weapons and normal weapons: 3-D weapons will be untraceable, and since they can be made from home, no background check will be necessary to purchase them. In other words, anyone, anywhere will be able to download and print an AR-15 whenever they want, starting August 1.

The company that intends to distribute 3-D weapon software, Defense Distributed, said of the mission: "Defense Distributed is a non-profit, private defense firm principally engaged in the research, design, development, and manufacture of products and services for the benefit of the American rifleman."

Defense Distributed recently came to a settlement earlier this year with the State Department which allowed the 3-D weapon creation nonprofit to release blueprints for guns online as of August 1, 2018. As of August, these plans will essentially make it possible for any person with a 3-D printer and the correct printing materials to make a gun at home.

Surprisingly enough, the creation of homemade guns isn't a new idea— and it isn't illegal. What is illegal is selling a homemade weapon. So as long as people who print these weapons don't sell them to others, then they will technically be within the law. Defense Distributed has already been assisting people in homemade gun creation prior to the 3-D weapon initiative, by selling parts to help users build their own guns.

Prior to the settlement, the State Department had told Defense Distributed to cease distributing the 3-D printing plans, because they violated the International Traffic in Arms Regulations, which work to regulate the export of arms. More specifically, CNN reports that the State Department was concerned that people in other countries (especially countries that the U.S. doesn't sell weapons to) might gain access to the download information and make their own guns, too.

The types of guns that will be available to download will include a type of handgun called the Baretta M9, as well as an AR-15 lower receiver, as well as a few other firearms.

The only real barrier to printing out an AR-15 in your home will be the purchase of a 3-D printing machine, which isn't all that cheap. 3-D printers can cost anywhere from a few hundred dollars to several thousand. Defense Distributed hasn't specified whether a certain type of 3-D printer will be required to print the guns, or if any will work. However, Independent noted that the handgun first made via the Defense Distributed patent in 2013 was made with the same type of plastic used for Legos, except for two pieces of metal used for firing.

US Senator Chuck Schumer said of the onset of the age of downloadable weapons, "The danger that could happen can be enormous...To have crazy people have easy access, to have terrorists have easy access to this kind of website and allow them to make plastic AR 15s undetected — so-called ghost guns — just defies the imagination."

If you feel uncomfortable about the idea of people being able to download firearms from the comfort of their home without having to pass any clearances or register your firearm with any institution, there's something you can do. You can sign the petition by EveryTown which demands that Secretary of State Michael Pompeo stop Defense Distributed from releasing its blueprints for downloadable guns.

The petition reads, "Do-it-yourself, downloadable guns are incredibly dangerous. The State Department is planning a special exemption letting the company Defense Distributed release schematics for these guns — information that would enable terrorists, convicted felons and domestic abusers to simply download files online and print their own illegal and untraceable guns. It's unconscionable to allow criminals to print untraceable guns on demand."

You can sign it today, as well as share it online and encourage your friends and family to do the same. You can also reach out to your local and federal representatives to let them know how you feel about increasing gun control measures in the United States, rather than relaxing them.