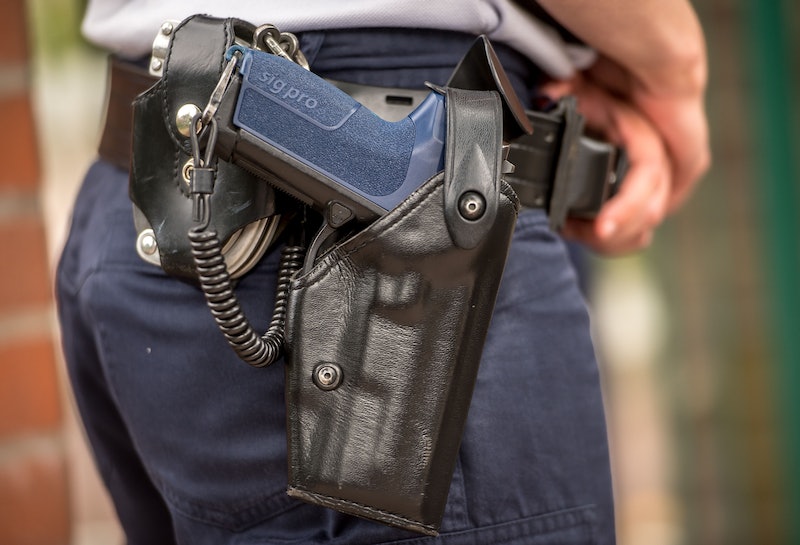 If you've lived in the United States for your whole life, maybe you don't know the sad truth about gun violence in the country — it's not normal. Heartbreaking mass shootings don't happen at this same rate literally anywhere else in the world. There are myriad countries the U.S. should learn from about gun control, but first it helps to take note of exactly how much of an outlier the United States really is when it comes to its obsession with guns.

According to the BBC, more Americans own guns than anywhere else in the developed world. Gun homicides account for a greater percentage of homicides overall than anywhere else in the developed world, by a huge margin. High-powered assault rifles cost approximately the same as a new MacBook. Even since the heartbreaking massacre at Sandy Hook, there have been over 1,500 mass shootings. In fact, the country averages one mass shooting a day.

And yet even though the research is clear that more guns leads to more gun deaths, both across U.S. states with differing laws and across the world, the pro-gun control lobby still faces seemingly insurmountable challenges. The well-funded NRA has an iron-fisted grip on many members of Congress and state legislatures across the country, making it exceedingly difficult even to get the most basic gun regulation bills passed. Let this be a reminder — it does not have to be this way. Gun control has worked wonders in other countries, and here are just a few examples.