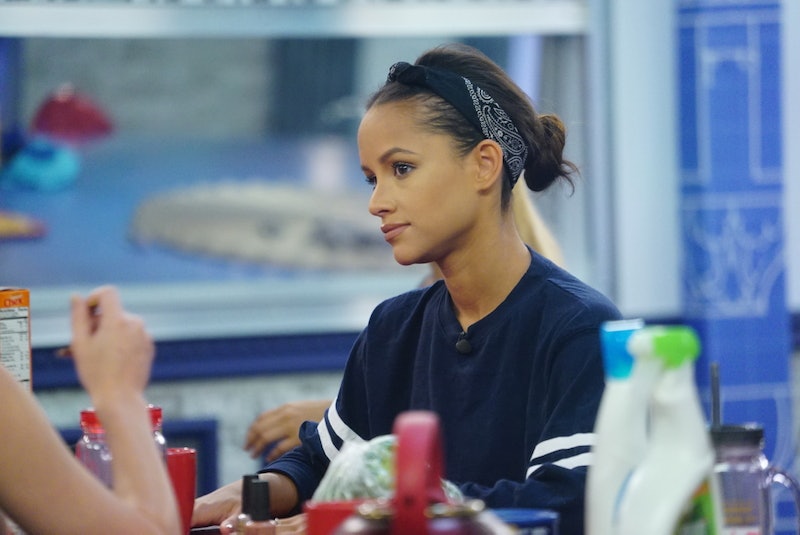 When you're in the Big Brother house, there's not much that you can keep from the audience. By the end of the first month of Big Brother, the live feed viewers at home pick up on everything, from clothing choices to unique birthmarks. Eagled-eyed fans have have spotted that Big Brother 19 houseguest Jessica has small tattoos on her thigh and arm. Because of their size, it's hard to get a good look at the detail on the show. But social media is a different story, and Jessica posted several close-up pictures of her tattoos on Instagram before she entered the Big Brother and had to go off the grid.

It looks like Jessica has two different tattoos. One is on her left hip, and the other is on her left arm. It's not clear if them both being on the left side has any significance, but the tattoos themselves provide far better insight into who Jessica is than anything that has aired on Big Brother this season. Inside the house, Jessica isn't very expressive. While she's not afraid to get into verbal arguments with others or call her fellow houseguests out publicly, she holds her own cards close to her chest. While she may not share much about herself to the cameras, her tattoos can give viewers insight into the things that are important to Jessica.

Jessica's hip tattoo is the phrase "Ciao, Bella" in cursive writing. The phrase is Italian for both "Hi, beautiful!" and "Bye, beautiful!" The phrase could be representative of Italian heritage (if she has it), a travel memory, or something else entirely.

The inspiration for Jessica's other tattoo, however, is much more clear. This ink on her left arm is a date spelled out as a roman numeral. The tattoo reads "VIII.XVIII MCMLXVI." This likely stands for "8/18 1967," which is possibly the birthdate of her late father. Jess has opened up on Big Brother about how important her father was to her, and the Instagram caption seems to indicate that the tattoo is a constant reminder of her father's influence on her. Jessica used to bond with her father over Big Brother, she shared on the show, and is thinking of him while she plays. Whenever the camera is on Jess, it is also broadcasting a reminder of her father's life onto national television, even if not everyone watching knows the significance.