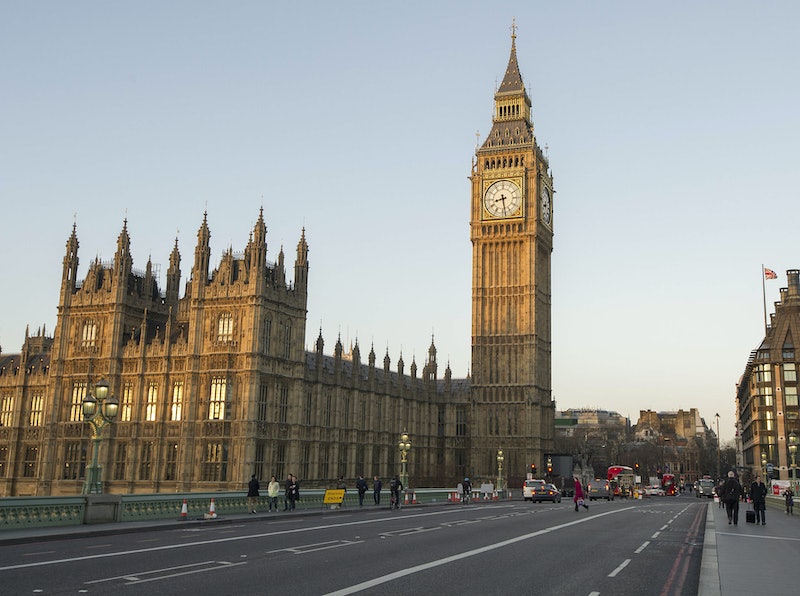 Trying to keep up with the chopping and changing of British politics can be an exhausting task. Today’s big news is that Prime Minister Boris Johnson has nominated Phillip Hammond and Ken Clarke for peerages, according to the BBC. But what are peerages and how do they work within UK parliament?

News about Hammond and Clarke has raised some eyebrows, as the two former chancellors both previously clashed with the PM on Brexit and were eventually kicked out of the party last year for attempting to block a 'no deal.' Had they chosen to run in last December’s election, they would have been forced to stand as independents, so both opted out of their respective races.

Also on the list is Ruth Davidson, who used to lead the Scottish Conservatives, and former Labour MPs Iain Austin and John Woodcock. If you’re not fully clued up on what peerages are (don’t worry, I don’t blame you), here’s what you need to know.

Becoming a peer in UK politics means you have been appointed to the House of Lords, Parliament’s second, unelected chamber. Members of the House of Lords scrutinise bills passed by the government, having the power to introduce, amend, delay, and even veto legislation (although the latter is nearly never used).

Life peers, as the new Lords will be, come from a variety of career backgrounds, not all of which are political. The Apprentice’s Alan Suga, for example, was made a life peer in 2009 by Labour, although he later quit the party in 2009. Musical maestro Andrew Lloyd Webber is also a life peer, famously flying back to the UK from New York to vote against increasing tax credits in 2015.

Austin and Woodcock will reportedly be nominated as non-aligned peers, meaning that they have no allegiance to a particular party, which makes sense after they quit the Labour Party under Corbyn’s leadership.

Why are people so surprised by today's peerages?

People are pretty surprised to see Clarke, Hammond, and Davidson put forward for peerages because of their open criticisms of Johnson and his stance on Brexit. In September, both Clarke and Hammond were part of a group of 20 rebel MPs that caused a motion from the Conservative government to fail by voting against it. As a result, they lost the Conservative whip and both subsequently stood down from the party.

As well as being surprised that Johnson would offer peerages to these men, some critics have called the recipients “hypocritical” for accepting them. Clarke previously called the party under Johnson “the Brexit Party, rebadged” to BBC Newsnight, per ITV, while Hammond tweeted that "the Conservative Party has been taken over by unelected advisors, entryists and usurpers who are trying to turn it from a broad church into an extreme right-wing faction."

At the same time, some people have praised the PM for appointing former MPs with different views to him to the Lords, while others have called the decision a power move. Either way, losing their seats in the election hasn't been the end for Hammond and Clarke.