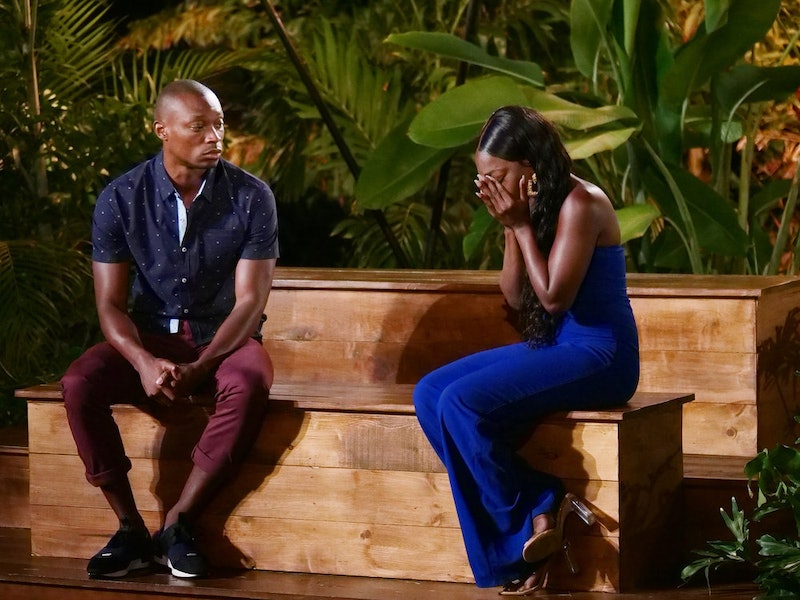 In a Nov. 30 interview on Season 1 contestants Shari and Javen's podcast, Ashley gushed over Rick, calling him "so smart" and saying he "did very well" on the show. In another interview with Boston's Fox4 Beaumont, she mentioned wanting an engagement ring multiple times, which could foreshadow news that they're engaged...or that she never got her wish.

The fact that Rick hasn't spoken too fondly of Ashley suggests the latter. In an interview with Talk Nerdy With Us, he said she "can be annoying," and admitted that he only agreed to be on Temptation Island "to shut her up." In the same interview, he complimented Medinah, saying she had "a great personality" and an infectious energy.

"This thanksgiving someone will be shaking tables arriving with a new bae... I didn't say me. I said someone. This is just a cute picture of me and @jrod_2023," she captioned the post. The two then got flirty in the comments. When @dnice_rhodes24 commented, "Ya'll look hella good together," Ashley wrote "Tell him that!" and Jose said "That's what I'm sayin!"

On Shari and Javen's podcast, when Shari asked Ashley if she wanted to get anything off her chest, she mentioned Jose. "I had an amazing connection with Jose on the island," Ashley said. "Because I was so blinded, as he says, by KB, it prevented us from being able to connect in the best way. He's such a great person."

It looks like they've been exploring that connection post-filming. On Dec. 11, they hit the club together along with their castmate Ashley Howland and her sister, per their Instagram Stories. The four of them spent the whole night dancing.

As for what else Ashley G. has been doing since leaving the island, she seems to be getting serious about reality TV. She posted a flyer on her Instagram Story recruiting new couples for Temptation Island, along with her casting email address. After that, she posted a selfie from what appeared to be a green screen set. "How I look reading comments from haters then carry on to sign a new contract," she wrote. She didn't say what the contract was for, but it could mean that she's still working with the Temptation Island crew in some capacity.

Rick, meanwhile, seems to be keeping things a bit more low-key — on social media, at least. He continues to travel and model, like he did before the show, and has recently been featured in ad campaigns with the National Football League and Nike. In his Instagram bio, he calls himself a "model/marketer."

Whether or not he and Ashley are still together, we'll likely find out during the Dec. 19 reunion special.