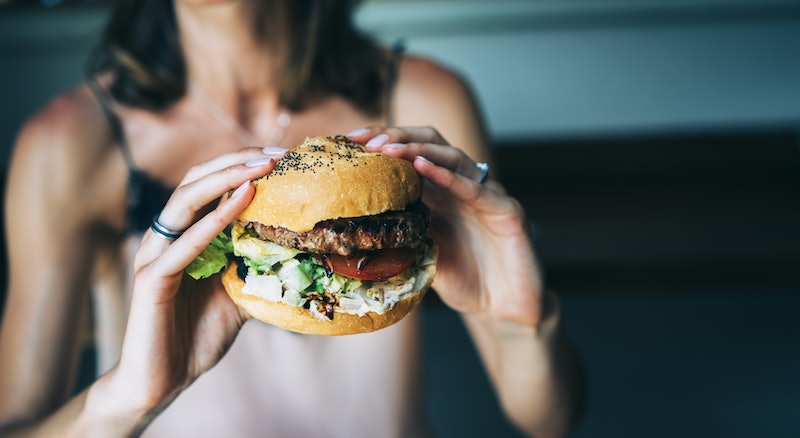 When it comes to breakups, we all react differently. Some people immerse themselves in work, others go out and have revenge sex with the first person they meet, and some take to their couch with a bowl of raw cookie dough. There is no wrong way to get over a breakup; you just need to do what's right for you.

A new survey by OnePoll market research and Yelp Eat24 found that although how people handle breakups varies, one thing that many of us have in common is that we turn to our BFF: Food. According to the research, two-thirds of respondents reported that comfort food was the thing that helped them get through a breakup, calling it an "important" part of the recovery process. And considering the study found that the average American adult goes through three major breakups in their life, resulting in 18 months of heartache — six months for each breakup — food is definitely a big part of it all. Hell, food is a big part of everything, but I digress.

For one in three of the survey's 2,000 participants, they had a specific food that they always turned to after a breakup and that comfort food was a necessity for an average of five weeks.

So what are people eating to cope with their broken hearts? Here are the top 10 comfort foods for Americans.